Home World Why Disney is releasing ‘Mulan’ on Disney+ for $30 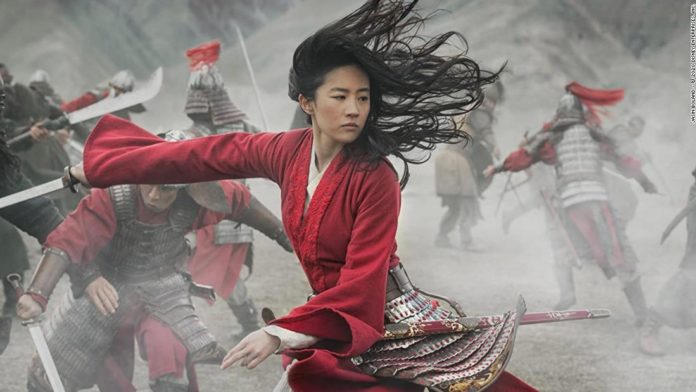 Consumers were confused. Does that $30 mean you own or only rent the film? Neither, as it happens. If you want to watch “Mulan,” you have to unlock it in what Disney is calling “Premier Access.” In short, the film lives on the service, and you can view it as often as you want as long as you’re a Disney+ subscriber.
The release of “Mulan” on Disney+ is about far more than just money for Disney, however. It’s a significant moment for the film industry and an opportunity for Hollywood’s biggest studio to experiment with what could be the industry’s future.
Although “Mulan” may be a “one-off,” as Disney CEO Bob Chapek has called it, it allows the company, which has been ravaged by the pandemic, to add a revenue stream at a time when the future of going to the movies is in doubt.

Why release it on Disney+?

“Mulan” cost $200 million to make, an amount that may be hard to recoup via digital subscriptions alone. This was a major reason why Disney (DIS) kept delaying the film instead of debuting it on Disney+ months ago.
Disney is releasing the film simultaneously to theaters in markets where Disney+ is unavailable and where theaters are permitted to open. This includes China — a country that’s crucial to the film’s box office bottom line. For “Mulan,” international grosses were always going to be a big part of the equation, but while some movies are performing well overseas, its totals may not approach what it could have made without the pandemic.
So releasing “Mulan” on Disney+ rather than delaying the film yet again is not merely a financial decision. It offers Disney an opportunity to “experiment with a disruptive form of distribution,” according to Bernie McTernan, a senior analyst at Rosenblatt Securities.
“There is a good chance Disney could better monetize ‘Mulan’ with Premier Access relative to the box office,” he said. “If there were any questions prior, it shows Disney is all-in on streaming.”
Another benefit to Premier Access for Disney: “Mulan” could incentivize people not to cancel their Disney+ subscription.
“One of the benefits of the streaming age is there are zero costs for canceling services. Consumers can easily subscribe to a streaming service when their favorite show is on and then turn it off when finished,” McTernan said. “This new window could be a way for streamers to dissuade the cycling between services.”

Will it be a success?

Blockbusters are usually judged by how big their box office is, and even though “Mulan” is one of the biggest titles this year, it may not matter if it’s a huge success for Disney.
Hollywood already has evidence that releasing films meant for theaters at home can work. Earlier this year, Universal announced that “Trolls World Tour” earned nearly $100 million in rental fees domestically over three weeks for its digital release in April.
And even if consumers balk at the $30 fee, it’s not like Disney had many other options in releasing the film, according to Zak Shaikh, vice president of entertainment at the research-based media firm Magid.
“If COVID is causing most movie theaters to remain closed, charging via Disney+ would appear the best way to connect to their audience and make more revenue right now,” Shaikh told CNN Business.
So “Mulan” is a monumental moment for the industry, an experiment that will allow Hollywood’s biggest studio to peer into the future. Beyond that, however, it’s hard to say what impact the film’s digital release will have on the business.
“‘Mulan’ on Disney+ is a reflection of the abnormal state of the theatrical business right now,” Shaikh said. “I don’t think consumers have to suddenly start worrying about a number of titles on their streaming services requiring an additional fee.”