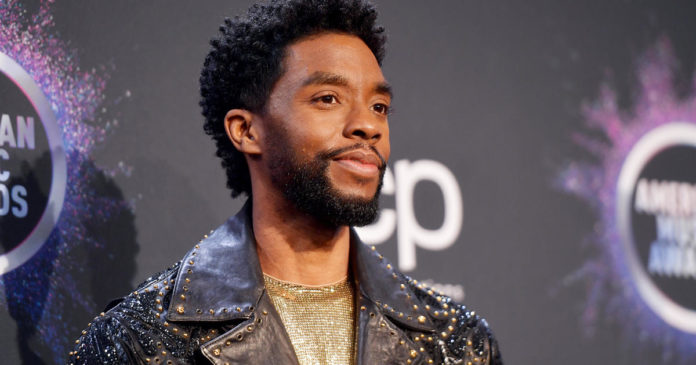 Keke Palmer paid tribute to Chadwick Boseman during her opening remarks as host of the MTV Video Music Awards on Sunday. Boseman died after a four-year battle with colon cancer on Friday. He was 43.

“Before we get to the music tonight, we need take the time to talk about the devastating loss of Chadwick Boseman, an actor whose talent and passion was a true inspiration to all the fans he touched and everyone he encountered. We dedicated tonight’s show to a man whose spirit touched so many,” Palmer said:

“He’s a true hero, not just onscreen, but in everything he did. His impact lives forever.”

News of Boseman’s passing was announced on his official Twitter account Friday evening. “A true fighter, Chadwick persevered through it all, and brought you many of the films you have come to love so much. From Marshall to Da 5 Bloods, August Wilson’s Ma Rainey’s Black Bottom and several more, all were filmed during and between countless surgeries and chemotherapy,” the post said.

Since then, tributes have poured in from celebrities and fans alike. The South Carolina State House flew its flags at half-mast for the Anderson, South Carolina, native and the NBA held a moment of silence on Sunday to honor him and others who passed away last week.

“What we just witnessed in Kenosha, Wisconsin, is just another devastating reminder that we can’t stop, that we can never tolerate police brutality or any injustice. We must continue the fight to end systemic racism,” Palmer said.

Boseman had previously expressed support for the Black Lives Matter movement and the fight to end police brutality in an Instagram post.

“From this country’s founding history; its economic base, its social standard, its penal system, its protection of property…⁣ White Supremacy and Racial Prejudice are its Pre-existing Conditions.⁣ Change is here,” Boseman wrote earlier this year.

Disclaimer: MTV and CBS News are divisions of ViacomCBS.