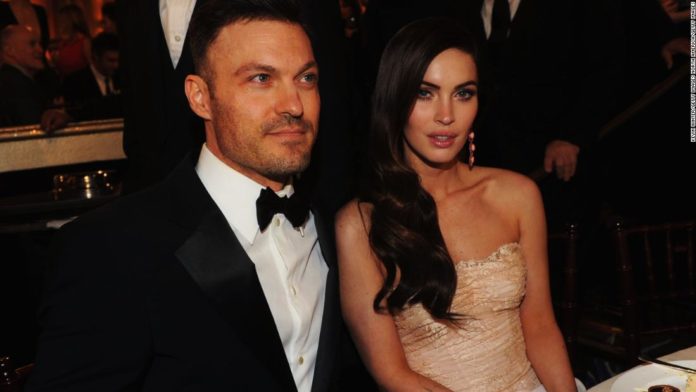 He opened up in May about splitting with Megan Fox and she has since gone on to date rapper Machine Gun Kelly.
Green and Fox married in 2010 after several years together and are the parents of three children.
Over the weekend Green did his first Instagram Live during which he was asked about if he believed they would work things out.
He responded “I never say never.”
“You never know. I kinda feel like people are on paths in life and sometimes your paths are together and you travel that path together and you see eye to eye and then sometimes paths do different things,” the “Beverly Hills 90210” star said. “And, you know, we had an amazing 15-year relationship.”
He said he and Fox went through and shared a great deal together and have three beautiful children.
“Right now the paths are…they’re different and she is on her path doing what she feels she needs to be doing to be happy,” he said. “I’m on my path doing what I feel I need to do to be happy and it’s not for a lack of love for the kids or lack of being responsible.”
Fox costarred with Kelly in the forthcoming movie “Midnight in the Switchgrass” and the pair appear to be going strong since publicly acknowledging their relationship in July.
Before that happened, Green talked about his and Fox’s breakup during his podcast, “…With Brian Austin Green.”
“Who knows if this is the end of the journey,” Green said then. “We have a lot of life left. So the paths have sort of gone in separate ways for now. They could come back together. They may not. We don’t know.”