Home Culture For the major networks, November is (fingers crossed) the new September 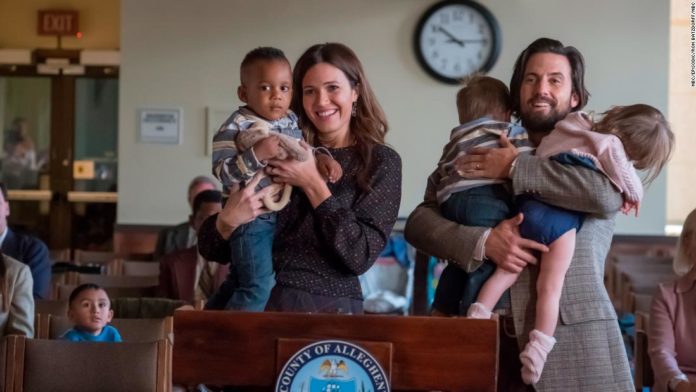 After announcing their primetime fall TV lineups last spring — which normally kick off in mid-September — top broadcasters have bowed to a coronavirus-altered reality that has halted or delayed production on most of their shows.
The result? A September kickoff featuring a mix of unscripted series that were able to go into productions; and scripted series either borrowed from sister networks and streaming services, or imports acquired from English-speaking countries like the U.K. and Canada. The hope that the usual lineup of shows — programs like “This is Us” and “Grey’s Anatomy” — will return in November.
Revised schedules have “This is Us” slated to begin its fifth season with a two-hour premiere on Nov. 10, with NBC billing the arrival of that show and others — including its trio of “Chicago” dramas — as “a November to remember.” Until then, look for the quiz show “Weakest Link” and “Ellen’s Game of Games.”
Similarly, CBS announced that the network intends to “to start rolling out our previously announced fall series as they become available in November.” Until then, it will draw from networks and services owned by Viacom, scheduling existing episodes of CBS All Access’ “Star Trek: Discovery” and “One Day at a Time,” which premiered on Netflix before moving to Pop TV. Instead of “FBI,” a docuseries about the FBI is planned.
ABC is also targeting November, and viewers who tune in for “Grey’s” later this month will find gameshows like “Celebrity Family Feud” and “Press Your Luck” holding down the fort until it’s ready. “The Bachelorette” and “Shark Tank” rejoin the lineup in mid-October.
Fox will bring back its popular singing show “The Masked Singer” on Sept. 23, paired with a new music-based series, “I Can See Your Voice,” hosted by “Masked” judge Ken Jeong.
Fox’s new primetime soap “Filthy Rich,” delayed from the spring, will premiere Sept. 21, paired with “L.A.’s Finest,” a cop show starring Gabrielle Union and Jessica Alba that was previously aired on Spectrum TV. Otherwise, the network is largely in the same boat regarding scripted fare, with the National Geographic docuseries “Cosmos: Possible Worlds” among its replacements.
In hindsight, only the CW acknowledged this likelihood last spring when the networks unveiled their fall rosters, announcing that its new season would begin in January. CW is offering a mix of existing shows, like the Canadian drama “Coroner,” as well as the streaming series “Tell Me a Story” and the comic-book adaptation “Swamp Thing,” to fill the void.
CW will also air the delayed finale of the long-running “Supernatural,” whose season was interrupted by coronavirus, on Nov. 19.
Of course, even these plans are subject to change should coronavirus cases force breaks in production. At a Hollywood Radio and Television Society panel in August, Endeavor Content senior vice president Erika Munro Kennerly noted that unscripted programs can “get up and running a lot faster,” but programmers will have to incorporate “Covid-related contingencies” into their planning and budgets.
Consumers, it’s worth noting, won’t be lacking for fresh scripted alternatives, with a steady wave of shows scheduled on premium networks and streaming services, including international acquisitions and series that were ordered long in advance. Netflix alone has eight new or returning series scheduled from Labor Day through September.
During the pandemic, many people have caught up on old programs that they missed. It brings to mind an NBC marketing campaign from the 1990s, which noted that if viewers hadn’t seen episodes of even a popular series, the reruns were “new to you.”
For now, network executives are banking on the fact that unscripted TV and what one described to the Hollywood Reporter as “gently used” series will satisfy viewers and keep the lights on until their mainstays are available. But even that will require being nimble and adaptable — and keeping those fingers crossed.