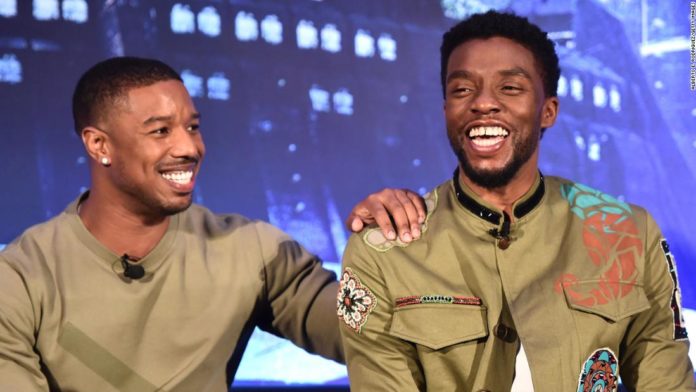 Jordan, who starred alongside Boseman in “Black Panther,” penned a touching tribute to the late actor, who died last Friday after being diagnosed with colon cancer in 2016.
“I wish we had more time,” Jordan wrote in his post, which included several photos of the two together.
Boseman was viewed as a superhero both on and off the screen. His passing left many, including his costars and fans, mourning..
“Since nearly the beginning of my career, starting with All My Children when I was 16 years old you paved the way for me,” Jordan wrote. “You showed me how to be better, honor purpose, and create legacy. And whether you’ve known it or not…I’ve been watching, learning and constantly motivated by your greatness.”
The thing that hurt Jordan the most, he said, was the fact that Boseman still made movies and even visited children who were fighting cancer while he privately battled the disease himself.
“Through it all, you never lost sight of what you loved most. You cared about your family , your friends, your craft, your spirit. You cared about the kids, the community, our culture and humanity,” Jordan wrote. “You cared about me.”
He said he will dedicate the rest of his life to live the way Boseman did, “with grace, courage, and no regrets.”
Jordan ended his tribute with the famous line from Erik Killmonger, the villain whom he portrayed in “Black Panther.”
‘”‘Is this your king!?'” Jordan wrote. “Yes . he . is! Rest In Power Brother.”