Home Sport Usyk: It’s simple, AJ… you have to fight me 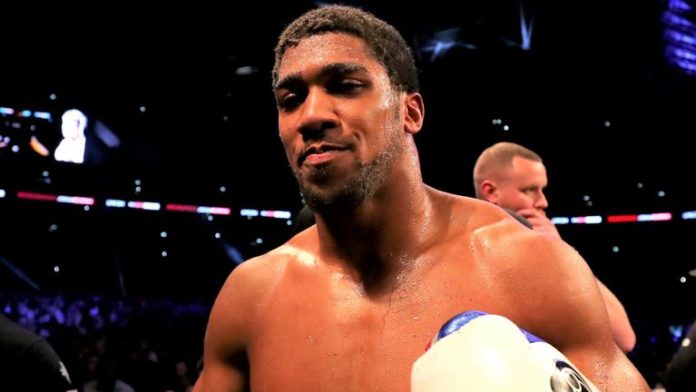 Oleksandr Usyk has warned that he will “push” Anthony Joshua “to comply” with WBO rules which state they must meet in a mandatory title fight.

Joshua has agreed financial terms on two fights with Tyson Fury to decide the undisputed heavyweight champion but has other contenders snapping at his heels.

He is expected to defend his IBF, WBA and WBO titles against Kubrat Pulev later this year and still has Usyk, his WBO mandatory challenger, who is owed a shot.

“Usyk has been the WBO mandatory challenger for more than one year,” his co-promoter Alexander Krassyuk, who works alongside Eddie Hearn, told Sky Sports.

“He has agreed to let AJ versus Pulev happen, with regards that the winner fights him next. This statement is still solid.

“Our plan is A) beat Derek Chisora B) push AJ to comply with WBO rules or vacate the title C) defeat AJ (or any other WBO champion or contender and become the heavyweight champion. Simple and practical.”

Joseph Parker and Daniel Dubois are the next highest-ranked WBO contenders who Usyk could be ordered to meet, if Joshua’s belt became vacant.

Usyk first warned that he intended to become heavyweight champion after knocking out Tony Bellew in a defence of his undisputed cruiserweight title.

Asked who Usyk’s ideal opponent in a heavyweight title fight would be, Krassyuk said: “AJ or Fury? The one who has the belt and is ready to face the undisputed cruiserweight champion. We keep Joshua in mind. But anything may happen.”

Joshua previously told Sky Sports about Usyk, who is aiming to become just the third boxer to win cruiserweight and heavyweight gold: “A very credible opponent.

“When I’m trying to build my record, I want opponents like Usyk to say that I’ve defeated them.

“He uses his feet very well, and positions his hands well. You can’t hit him because his feet move so well. If you do manage to catch him, [the punches] are brushing off the gloves.

“What I’d do, as I have done already, is study him – from his footwork, his hand positioning, to his openings.

“Then I’d go to former people who have faced him and find out information on how to defeat him.”

Joshua and Usyk both won gold medals at the London Olympics in 2012 and have since taken pro boxing by storm.

While Joshua is a two-time heavyweight champion, Usyk won every major belt at cruiserweight plus the inaugural World Boxing Super Series tournament and is unbeaten in 17.

Usyk’s second outing since joining the heavyweight division is still expected to be against Chisora in Britain, a fight which was postponed earlier this year.

“According to our latest talks with Eddie, Usyk vs Chisora has to go at the end of October,” Krassyuk said. “Still much depends on COVID-19 restrictions but we all want to make it happen.”

Chisora has already warned: “I want to take his golden ticket. Basically everything I’m going to do is for me to take what he has, and make it mine.

“I believe the way he can win this fight is by him knocking me out, but that’s not going to happen. I’m going to keep coming and keep coming.”

Chisora’s manager David Haye added: “Chisora isn’t going to try and outbox Usyk, he’s going to drag him into a dogfight from the first second of the round and it’s how long can Usyk run?

“He’s miscalculated what he believes Chisora is coming to the table with – and we’re going to cause a massive, massive upset.”

Usyk replied when the fight was originally made: “Normally I face this kind of plan, every fight. If you want to hit the target, you need to see the target, because he can throw as much punches as you can, but you need to land them into the target.”