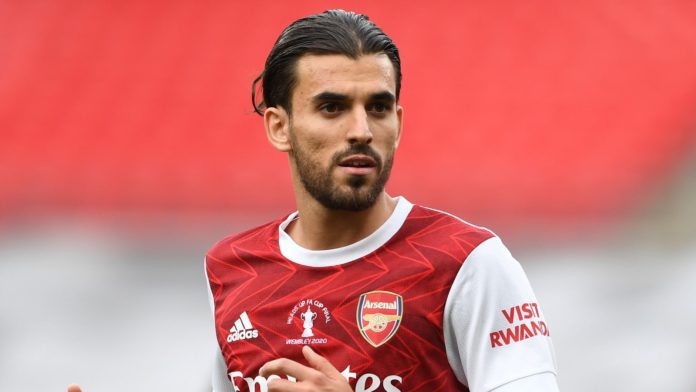 Ceballos: “I think it would be a good step for me. But like I said, my future depends on Real Madrid and right now I don’t know their decision.”

Arsenal are in advanced talks with Real Madrid to sign midfielder Dani Ceballos on another season-long loan.

Ceballos established himself as an increasingly influential player for Arsenal as last season progressed, and boss Mikel Arteta is keen to keep him at the Emirates Stadium with the club increasingly confident of a deal in the coming days.

However, he remains a Real player and he trained with Madrid on Monday as the squad gathered for their first session since being knocked out of the Champions League by Manchester City last month.

Speaking to Sky Sports in July, Ceballos expressed a willingness to return to North London next season.

“I’m very happy at Arsenal,” Ceballos said. “It’s a club in which I already have a year of experience, so it would be very easy to return.

“I wouldn’t have to adapt to a new league or new club with a different manager and players.

“I think it would be a good step for me. But like I said, my future depends on Real Madrid and right now I don’t know their decision.”

Ceballos joined Arsenal after finding his playing opportunities limited under Zinedine Zidane at Real, who he joined from boyhood club Real Betis in 2017.

The 24-year-old has forged a better relationship with Arteta, who he likens to Manchester City manager Pep Guardiola in how he sees the game.

“I love his way of seeing the game and the things he likes about football,” said Ceballos.

“The míster is very intelligent for such a young coach. It’s like he has spent a whole lifetime in football before this one.

“He knows a lot about various aspects of the game and he works well tactically. It’s also clear that he has spent a lot of time with Pep Guardiola because he has a lot of the same characteristics as him.

“I think he’s a manager who is going to be among the best in the world in the future.”

Ceballos would become Arsenal’s fourth signing of the summer, after they agreed permanent deals for Cedric Soares and Pablo Mari, who had been on loan, while also signing Willian on a free transfer from Chelsea.

The Gunners have also been boosted by the arrival of William Saliba, who spent last season on loan at St Etienne after being signed for £27m, while David Luiz signed a new one-year deal to remain with the club.

It’s not the big-money midfield addition many Arsenal fans are waiting for – a move for Atletico Madrid’s Thomas Partey remains in limbo for now – but re-signing Ceballos on another season-long loan deal still represents an important piece of business for Mikel Arteta.

Ceballos was one of Arsenal’s best performers in the latter stages of last season, impressing alongside Granit Xhaka in an unfamiliar role at the base of the midfield and shining in a string of big games, including the FA Cup final win over Chelsea.

His combination of high energy and technical proficiency makes him a perfect fit for Arteta’s style, and the Arsenal manager lobbied for his return knowing that, at 24, there is room for further improvement.

With creativity and physical intensity in abundance, Ceballos offers ingredients Arsenal’s midfield otherwise lacks. It helps, too, that he already has a sound understanding with Xhaka, as well as the versatility to be moved into a more advanced role if further midfield reinforcements arrive in the weeks ahead. It’s easy to see why Arteta wanted him back.