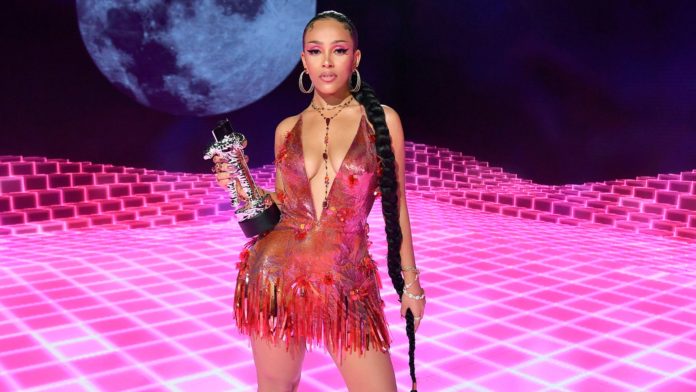 Reading and Leeds festival organisers have announced two main stages with six headliners for 2021 – including no female stars.

Stormzy, Liam Gallagher, Post Malone, Catfish and the Bottlemen, Disclosure and Queens Of The Stone Age will be the top acts for next summer.

The festival, which has been criticised in previous years due to its lack of female representation, faced an instant backlash once again following the announcement on Sunday.

One Twitter user wrote: “Reading and Leeds doubled the main stages just to have even more male headliners, why have women when you can repeat the same acts 3 years in a row x.”

Another said: “The lack of women headliners at music festivals such as Leeds + Reading isn’t because there isn’t enough women that can play a headline slot, it’s purely sexism.”

Female stars including Doja Cat, Mabel and Madison Beer were announced as part of next year’s line-up, but not as headliners. AJ Tracey, Lewis Capaldi, Two Door Cinema Club and DaBaby will also appear.

The Reading and Leeds festival was due to take place over the bank holiday weekend, but was cancelled earlier this year due to the COVID-19 pandemic.

Rapper Stormzy and former Oasis frontman Gallagher had been due to headline and have been rolled over to 2021, when the festival will run from 27-29 August.

Melvin Benn, managing director of Reading and Leeds promoters Festival Republic, described next year’s event as their “most epic plan yet”.

Announcing the news, he said: “Two main stages, six headliners, the best line-up of acts 2021 will see and 200,000 fans are going to celebrate the best music in the best music festivals in Britain.”

The festival takes place at two sites, in Reading and Leeds, across the weekend, with acts rotating between the two on different days.

Headliners in 2021 will perform across the two main stages with no clashes, organisers have said, meaning festival-goers will be able to see all six, should they want to.