Home Sport Thiem prepared to show resilence at US Open 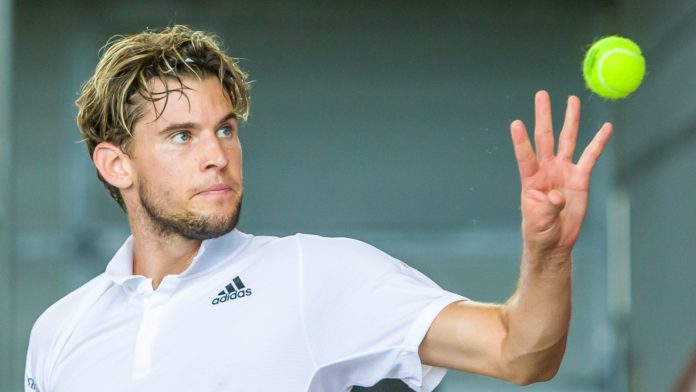 Dominic Thiem is aiming to show his resilience and ability to bounce back, as he prepares to commence his US Open campaign at Flushing Meadows.

The world No 3 enters the Grand Slam without a competitive victory to his name since tennis’ restart, after losing to Filip Krajinovic at the Western & Southern Open.

Thiem’s last win on the tour was in February at the Rio Open and he admits that it has been a strange experience to stay in the same place following an early tournament loss.

“It’s not easy. Normally if you lose, you’re always super annoyed and disappointed if you lose. Normally you hop on the plane and go to a different place.

“It’s easier to forget. Here you’re stuck in the same place for a very long time. So, it’s not easy to forget the loss, to get your mind on different things.”

Thiem is set to face Jaume Munar, who he beat in February and has never suffered a defeat against, in the first round of this Grand Slam.

“It’s going to be our first match on a hard court. I’m curious,” he added on the ATP’s website.

The reward for either Thiem or Munar will be an encounter with either Sumit Nagal, the world No 124 from India, or American Bradley Klahn in the second round.

Thiem enjoyed his best run in New York in 2018 when he reached the quarter-finals. He continues to go in search of a maiden Grand Slam title, after being runner-up at the Australian Open this year and twice at the French Open.

In the back of my mind, any Slam I play, any tournament I play, I want to win it. I have not won any Slams yet. I just have one final. Of course, when I come into a Slam, my goal is to win seven matches, but I take it match by match.

Meanwhile, Daniil Medvedev has his sights fixed on going one better than last year after losing in the final to Rafael Nadal.

Twelve months ago, he embraced all aspects of the atmosphere which will be missing this year in New York and took Nadal to five sets in a final which lasted four hours and 50 minutes.

“Of course, it was an amazing match. I mean, [it was] the only Grand Slam final I had,” Medvedev said.

“But, also, as a person, I always try to look at the present and the future, try to work to have the best future in the tennis world…

“Sometimes I do remember it. It was a great match, great fight, [a] great level. Against Rafa, he was on top of his form. I need to also remember this sometimes, just play the same tennis.”

Medvedev’s first-round opponent in 2020 is the world No 79, Federico Delbonis, and the two will take to court on Wednesday. Delbonis has never been past the second round at Flushing Meadows.

Medvedev has a 10-5 record overall in 2020. A run to the quarter-finals at the Western & Southern Open should have ensured that he is match fit, but perhaps not too fatigued, going into this second Slam of the year.