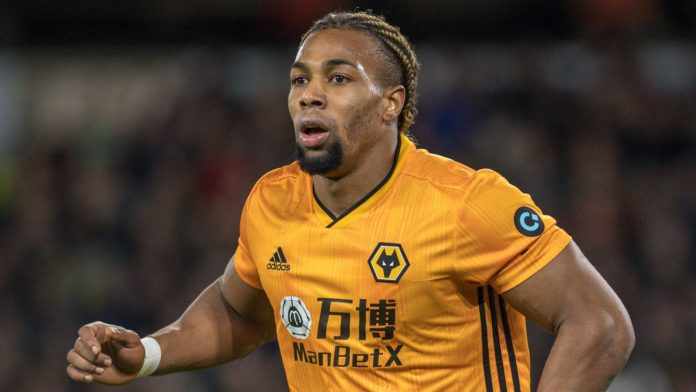 Traore is currently in Spain but is unable to join the rest of his international team-mates; Watch Germany vs Spain live on Sky Sports from 7.40pm on Thursday

Wolves winger Adama Traore will take a second coronavirus test on Tuesday after returning a positive result at the weekend.

Traore is in Spain after he was named in Luis Enrique’s Nations League squad to face Germany and Ukraine this week – live on Sky Sports – but is currently unable to join up with his international team-mates.

After testing positive for coronavirus at the weekend, the second test on Tuesday is to make sure it was not a “false positive” recording.

If the second test does come back positive, Traore will miss Spain’s upcoming fixtures and is unlikely to be available for Wolves’ first Premier League game of the season, away to Sheffield United on September 14, due to isolation protocols.

The making of Adama Traore

Adama Traore is one of Europe’s most dangerous and sought-after players. Sky Sports News speaks to those closest to his journey…

Traore was originally expected to be fit for the start of Wolves’ Premier League season after avoiding the need for surgery to clear up a long-standing shoulder problem.

Traore dislocated his shoulder on four occasions last season, leading to concerns he may need an operation.

But Sky Sports News understands Traore has been working on a treatment programme set out during lockdown and is scheduled to report to club training after the international break.

Wolves, similar to many other Premier League clubs, face the challenge of preparing for the Premier League kick-off without most of their star players.

Also away on international duty the week before the start of the Premier League will be Rui Patricio, Ruben Neves, Diogo Jota and Joao Moutinho (Portugal), Matt Doherty (Republic of Ireland), and Ruben Vinagre and Pedro Neto (Portugal U21).

That means they will only have a few days’ preparation in the West Midlands before Wolves’ opening game against Sheffield United.

Wolves’ first-team players are due to return to training early next week after their Europa League campaign finished on August 11, ending a season that lasted 383 days.