Home Sport James Rodriguez and Allan to have Everton medicals 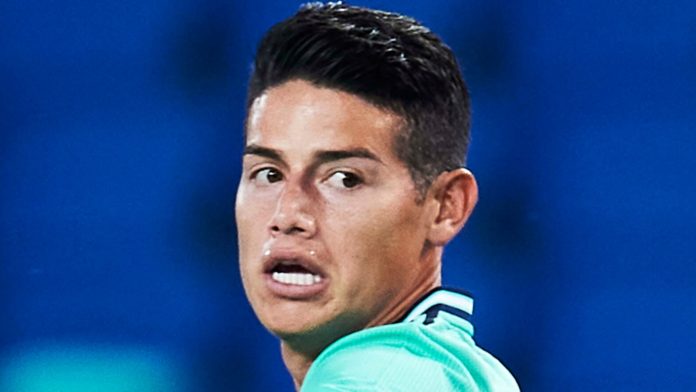 Everton finalised agreement with Real Madrid on Tuesday for James Rodriguez; Allan expected to fly into Merseyside on Wednesday

James Rodriguez and Allan will both undergo medicals on Wednesday before completing deals to join Everton.

Everton finalised an agreement with Real Madrid on Tuesday evening over a deal for Rodriguez, which will see him move to Merseyside on a three-year deal.

The move will see the Colombia international join forces with Carlo Ancelotti for a third time, having played under him at Bayern Munich and Real Madrid.

An initial transfer fee has been agreed and the player – who made just 14 appearances for Real Madrid in all competitions during 2019/20 – should sign in the next 48 hours.

Allan is expected to fly into Merseyside on Wednesday lunchtime. Napoli president Aurelio De Laurentiis confirmed the defensive midfielder had said his goodbyes over the weekend.

Talks continue between Everton and Watford for Abdoulaye Doucoure. The two clubs are closer to agreeing a transfer fee – although there is still significant work to be done before a deal is struck.

Watford began negotiations wanting £35m for the French midfielder while Everton value him closer to £25m.

Defender Michael Keane has also signed a new five-year deal at Goodison, until 2025.