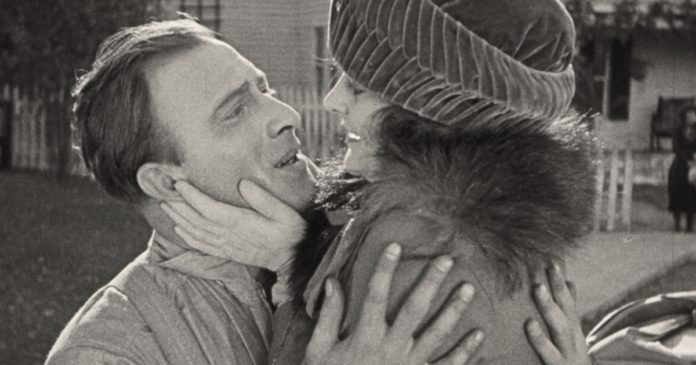 Before Hollywood, Chicago was a major film hub in the early era of cinema. It’s where Charlie Chaplin created some of his biggest silent films. It’s also where a major film discovery was made possible by the coronavirus pandemic.

Olivia Babler’s painstaking work preserving films at the Chicago Film Archives is usually routine, but sometimes lightning strikes. The director of film transfer operations uncovered the 1923 Midwestern murder mystery “The First Degree” during the pandemic when she finally had time for long-neglected reels that had come from a basement in Peoria, Illinois.

“This is a film about sheep farming and blackmail,” said Babler. “And there’s a villain with a great mustache, and there’s a great dog!”

It was thought to be lost forever, like 75% of other silent films. “In the film world, this is a pretty big deal,” said Babler. “There’s a lot of folklore about lost films. It’s, there’s something — I don’t know if I can say ‘sexy’? It’s pretty sexy to find something like this.”

Most silent films have succumbed to decay or were destroyed by their own studios, according to filmmaker and historian Jim Hemphill.

“These things were disposable to them,” said Hemphill. “They didn’t understand the movie’s value as cultural artifacts. They’re not just about what they’re about. They are reflections of their time.”

That means they were often censored and is perhaps why this copy is missing a text slate about murder, which was criticized in early reviews.

“Finding this film during the pandemic makes me wonder what archives would find if they had the resources and the time and the money that they need and they deserve,” said Babler, before these time-capsules are lost forever.