Home World Tesla looks to raise $5 billion by selling more of its red-hot... 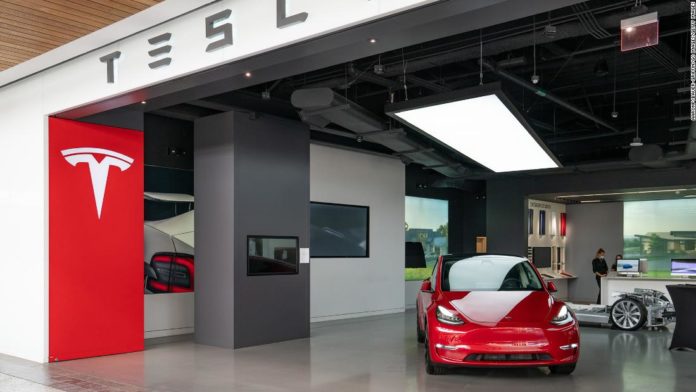 Tesla (TSLA) announced plans Tuesday to sell up to about $5 billion in new shares. The company disclosed the plan in a regulatory filing with the Securities and Exchange Commission Tuesday. The planned stock sale comes one day after Tesla’s stock split took effect, cutting the price of each share by a fifth.
Strong investor demand for Tesla — as well as Apple (AAPL), which also split its stock on Monday — led to outages on Robinhood, E-Trade and other online brokerages and trading apps.
Another electric car maker, China’s Nio (NIO), also sold more shares recently to take advantage of strong demand. Nio’s stock is up nearly 400% this year.
Shares of Tesla surged nearly 13% Monday but fell more than 1% Tuesday to around $490 a share. Still, the recent stock rise has made CEO Musk the third-richest person in the world, according to Bloomberg.
At its current price, Tesla is now worth about $460 billion — more than all but seven companies in the blue chip S&P 500 index. Tesla is still not in the S&P 500 since it has lacked consistent profitability in the past, but that may soon change now that has a recent track record of generating actual earnings.
Tesla didn’t give many specific details about what it plans to do with the money from the stock sales, simply saying in its SEC filing that it intends to use the proceeds “to further strengthen our balance sheet, as well as for general corporate purposes.”