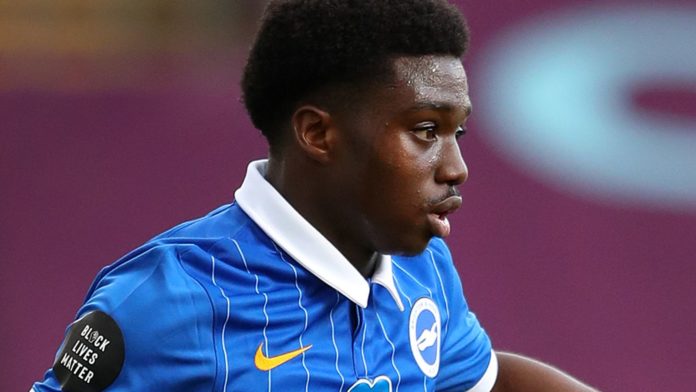 Tariq Lamptey has earned his first England U21s call-up but boss Aidy Boothroyd will be without Eberechi Eze and Reece James for the games against Kosovo and Austria.

Lamptey ended the season in fine form, impressing in Brighton’s last eight matches following his move to the Amex Stadium from Chelsea in January.

The 19-year-old right-back has previously represented England from U18 level through to U20 level.

No reasons were given for the withdrawals of Eze and James from the squad for the away trips to Kosovo and Austria, which form part of England’s U21 Euro Championship qualifying campaign.

Boothroyd’s side are top of Group C, having won their first four matches. They play Kosovo on September 4 before travelling to Austria four days later.