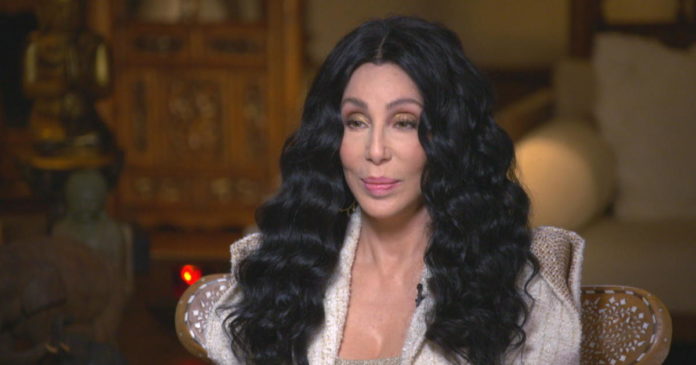 The 30-minute virtual fundraiser featured openly-gay politicians including Senator Tammy Baldwin of Wisconsin and Rep. David Cicilline of Rhode Island, who announced at the beginning of the event that it had raised nearly $2 million, surpassing its original goal.

Pete Buttigieg, the former mayor of South Bend, Indiana, also spoke, introducing Cher by quoting one of her hit songs, “Believe,” according to pool reports.

“So ask yourself, do you believe in life after Trump?” Buttigieg, who is openly gay, said.

Buttigieg, a former Democratic candidate in the 2020 presidential election, said Cher was someone who had “inspired millions with her music and with her advocacy.”

Cher then appeared for a virtual speech, during which she spoke about the first time she met Biden in 2006. “He thinks he invited me but really I invited myself,” she joked about going to then-Senator Biden’s office.

“I saw a speech Joe had given and it was love at first speech. So I went to his office to grill him and I asked him really pointed questions and unlike most politicians, Joe actually listened to me and cared (about) what I had to say. He was honest and kind and smart,” Cher continued, according to pool reports.

The singer and actress called Biden “smart enough, he’s kind enough, he’s strong enough,” and spoke about her decision to support his presidential campaign. “I said, sink or swim, I’m with him, I’m ridin’ with Biden. It sounds corny but that’s what I said,” Cher said.

The 74-year-old, who is politically vocal on Twitter, also dug into President Trump, who she often bashes on social media.

Cher called the president “a cruel man who has made our country hate again.”

“After all this, Trump has the audacity to say he supports Americans he calls, quote, ‘the gays.’ I’m surprised he doesn’t call them his ‘gay generals,'” she continued. She also praised Biden’s record on LGBTQ+ issues like the repeal of “Don’t Ask, Don’t Tell” and gay marriage.

“As president, Joe will build on this progress, reversing destructive policies of the Putin, I mean, Trump administration,” she said, adding that character, compassion and decency are on the ballot. “I am inspired by Joe’s campaign. And so pleased he has the support of all of you,” she said.

The Biden campaign said there were 500 attendees on the Zoom call. During his virtual speech, delivered from Pittsburgh, Biden said he will make signing the Equality Act a top priority of his first 100 days in office. The legislation would enshrine LGBTQ protections into civil rights and labor laws.

He also said rioting is not protesting and that all it does is “hurt the communities, businesses and families that are already reeling from the injustices that existed as the reason for the protesting. It doesn’t advance the cause. It makes things worse, not better, and it’s wrong.”

The former vice president also said Mr. Trump was inciting violence and had failed to protect America and was relying on a politics of fear.

Biden called Mr. Trump “a toxic presence on our nation for four years, beyond that, I would argue, even before that, poisoning our values, our democracy, how we treat each other.” And he closed his speech by quoting the late Pope John Paul II: “Be not afraid.”