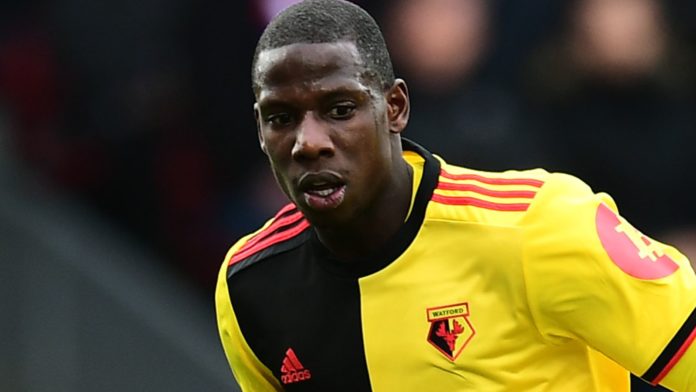 Everton are set to sign midfielder Abdoulaye Doucoure after the two clubs agreed a fee worth £25m, including add-ons.

Doucoure has been given permission to discuss personal terms and take a medical at Everton.

Watford had begun negotiations wanting £35m for the French midfielder, while Everton value him closer to £25m.

Doucoure is one of three potential new signings at Goodison Park this week, with James Rodriguez and Allan having arrived in the UK to undergo medicals before completing deals to join Carlo Ancelotti’s side.

Everton finalised an agreement with Real Madrid on Tuesday evening over a deal for Rodriguez, which will see him move to Merseyside on a three-year deal.

Allan flew into Merseyside on Wednesday after Napoli president Aurelio De Laurentiis confirmed the defensive midfielder had said his goodbyes over the weekend.

Rodriguez has also travelled to the UK to finalise a move to Goodison Park and is expected to begin a medical later this week.

The move will see the Colombia international join forces with Carlo Ancelotti for a third time, having played under him at Bayern Munich and Real Madrid.