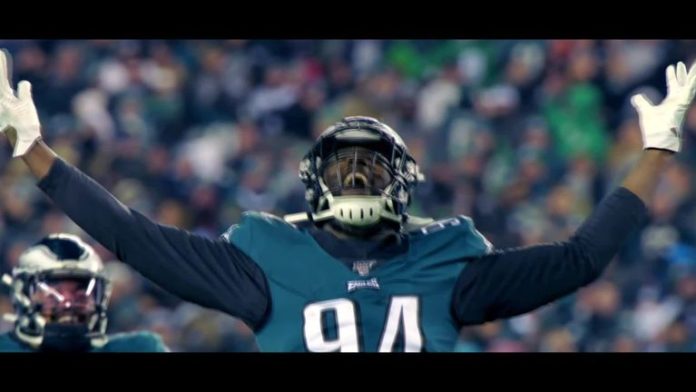 Cam Newton has officially won the job of starting quarterback in New England and will start the 2020 season as one of the Patriots’ captains.

The Patriots named Newton as the starting quarterback in a team meeting Thursday, according to multiple reports.

The 2015 NFL Most Valuable Player joined the six-time Super Bowl champions in June, signing a one-year contract worth up to $7.5m, but has been on a mission to prove his fitness and win the starting role ahead of 2019 fourth-round pick Jarrett Stidham and veteran Brian Hoyer.

Newton spent the past nine seasons with Carolina, earning three Pro Bowl selections, but was released by the Panthers in March following an injury-plagued 2019 season.

Reports from Patriots practice say Newton has been receiving increasing reps while Stidham deals with a hip injury.

Speaking on The Rich Eisen Show last month, Patriots head coach Bill Belichick praised Newton’s off-season performances and attitude and said the 31-year-old had done a “very good job of picking it up”.

Newton is successor to Tom Brady, who won a record six Super Bowl rings and three MVP awards during his remarkable 20-year run with the Patriots before signing with the Tampa Bay Buccaneers in free agency in March.

Newton and the Patriots open the season at home against the Miami Dolphins on September 13.

The wait is nearly over and the new NFL season is almost upon us!

The action begins on Thursday, September 10 when the Kansas City Chiefs host the Houston Texans, live on Sky Sports.

Before then, it is time to assess 2020’s contenders.

We are previewing all eight divisions, and here you can find our views on the AFC East.

Launching on Thursday September 3, Sky Sports NFL will be your dedicated channel for NFL coverage through the season – featuring a host of NFL Network programming, a new weekly preview show as well as at least five games a week and NFL Redzone, you won’t miss a moment.