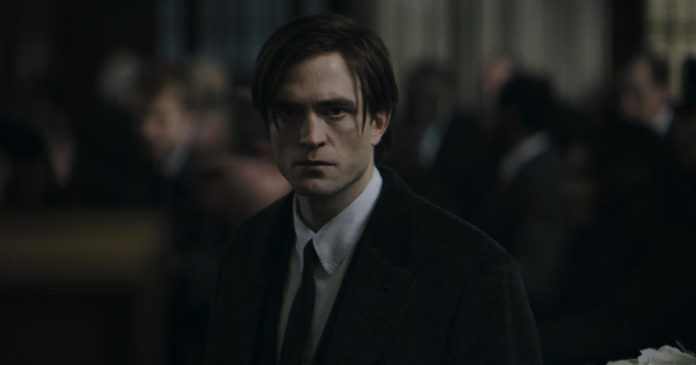 Just days after filming resumed on “The Batman,” production has once again been put on pause — because the film’s star tested positive for coronavirus. Robert Pattinson, who is playing Bruce Wayne in the film, reportedly tested positive for COVID-19 and is now quarantining.

Warner Bros. confirmed in a statement to CBS News on Thursday that filming has “temporarily paused” because “a member of ‘The Batman’ production has tested positive for COVID-19.” It added that the person “is isolating in accordance with established protocols.”

Warner Bros. declined to comment on any individual person’s health, but after Vanity Fair first reported that Pattinson tested positive, several other outlets confirmed the news.

A representative for Pattinson did not immediately respond to CBS News’ request for comment.

Production on “The Batman” began in September before shutting down in March because of the pandemic. Much of the movie industry has struggled to adapt to new safety precautions and restrictions, and many films continue to push back their release dates.

According to Variety, crew members are still working to construct sets and props at Warner Bros. Studios in Leavesden, near London. However, crew members who were in contact with Pattison are quarantining and Warner Bros. confirmed to CBS News that production has not resumed without Pattinson, contrary to earlier reports.

Workers told Variety that continue to believe Warner Bros. is taking every possible precaution to keep the cast and crew safe on set.

“The behavior of U.K. cast and crew have been exemplary,” Lyndsay Duthie, CEO of the Production Guild of Great Britain, told Variety. “Wanting to return to work, everyone has embraced the comprehensive measures required of them and as a result, many productions have been back on set and filming safely for weeks already. Where we have seen productions abroad where a cast or crew member has tested positive, precautions have been taken as required to enable them to start filming again as soon as they had the all-clear.”

Pattinson, 34, was cast as the Caped Crusader early last year after Ben Affleck stepped down from all involvement in the film.

Since his breakout roles as Cedric Diggory in “Harry Potter and the Goblet of Fire” and Edward Cullen in the “Twilight” series, Pattinson has spent several years pursuing smaller roles, including “The Lost City of Z,” “Good Time,” “High Life,” and “The Lighthouse.”

Matt Reeves is directing the film, which is currently set to premiere in October 2021.