Home Sport Czech Republic vs Scotland to go ahead after confusion 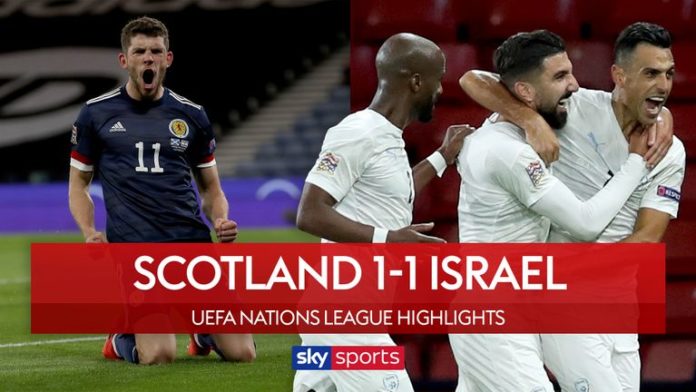 The Czech FA previously said in a statement the game would not go ahead; watch Monday’s match live on Sky Sports Main Event

Scotland’s Nations League match against the Czech Republic on Monday will go ahead as scheduled, UEFA has said.

The Czech FA previously said in a statement that the game would not go ahead due to “the current situation with Covid-19” but Scotland were not directly told and, after liaison with UEFA, were advised to prepare for the match – which kicks off at 7.45pm on Monday on Sky Sports – as normal.

UEFA announced last week games should go ahead if teams had at least 13 players available, regardless of the pandemic, and only in instances where the team cannot provide 13 players will a game be rescheduled.

However, after Friday’s round of Nations League matches – where Scotland drew 1-1 with Israel at Hampden while the Czechs defeated neighbours Slovakia 3-1 in Bratislava – the Czech FA claimed their squad would be heading their separate ways amid a coronavirus threat.

A statement on the FACR website read: “The national team will not play against Scotland on Monday due to representatives decision and the current situation with the Covid-19.”

Scotland, who are due to travel to Olomouc on Sunday, had been awaiting confirmation from UEFA on whether the game would go ahead and were eventually told to prepare for Monday’s game as normal.

The Czech plans had been affected after West Ham’s Tomas Soucek and Roma’s Patrik Schick – on loan at RB Leipzig – were told to self-isolate after coming into contact with a backroom staff member who tested positive for the virus.

The Czech FA delayed their departure for Slovakia by 24 hours while the entire squad was retested and the players made the 200-mile journey by road after splitting up into small groups.

However, after their opening win, the FACR added in their statement: “There is great concern that the virus could spread further.”

Czech FA bosses had earlier rejected accusations they did not strictly adhere to guidelines designed to curb the spread of the virus.