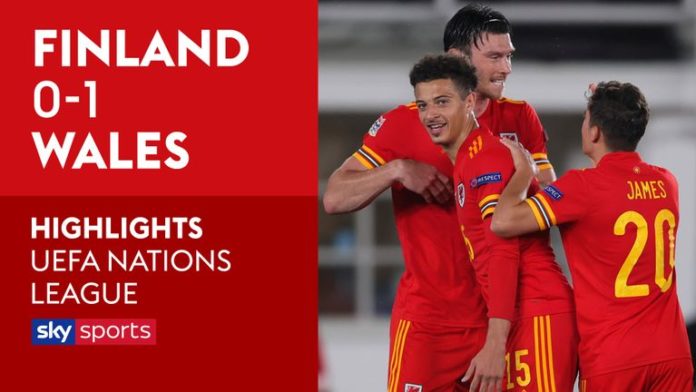 Wales, the Republic of Ireland, Spain and Germany are all in Nations League action on Sunday, live on Sky Sports.

Can Wales continue their winning start?

Team news – Wales: Gareth Bale, Jonny Williams and Harry Wilson are all nursing knocks after beating Finland 1-0 last week, but the entire squad trained on Saturday and Ryan Giggs has no new injury concerns. Bournemouth forward David Brooks, who has not played internationally for 15 months following ankle surgery, has rejoined the squad after being unavailable for the Finland game.

Team news – Bulgaria: Georgi Dermendzhiev has a number of absentees from his squad and may elect to name the same squad that drew 1-1 with the Republic of Ireland on Thursday.

Player watch: As ever, eyes will be on Wales captain Gareth Bale, who was taken off at half-time by Ryan Giggs in Thursday’s win against Finland. The forward also said recently he would consider a return to the Premier League if Real Madrid finally let him leave the club. David Brooks has also joined up with the Wales squad with a number of clubs said to be chasing him. Can the pair put themselves in the shop window this weekend?

Kenny to earn his first win?

Team news – Republic of Ireland: With many of Stephen Kenny’s players effectively still in pre-season – Newcastle midfielder Jeff Hendrick played the full 90 minutes against Bulgaria in is first competitive appearance since March – the manger has hinted that there will be changes for Sunday.

However, there is unlikely to be a start for David McGoldrick, the Republic’s International Player of the Year last season, despite his addition to the squad following a foot injury. New Tottenham signing Matt Doherty is also expected to keep his place at right-back over captain Seamus Coleman, which Kenny has admitted was a tough call to make.

Team news – Finland: The Scandinavians will be without veteran defender Paulus Arajuuri, who has withdrawn from the squad following an injury.

Player watch: There are plenty of familiar faces in the Republic of Ireland squad, with new Celtic loanee Shane Duffy scoring a late equaliser against Bulgaria to snatch a 1-1 draw in Kenny’s first game in charge. The new manager has included plenty of youth too, with Norwich City’s Adam Idah starting on his senior debut last time out with potential appearances for Jayson Molumby, Sean Maguire and Dara O’Shea in Dublin on Sunday.

Team news – Spain: Adama Traore is back with Spain after a false positive on a Covid-19 test saw him withdraw from the squad for Thursday’s 1-1 draw against Germany. He has since had a secondary test, which came back negative, and he is now available for selection. Manager Luis Enqrue has no new injury concerns.

Team news – Ukraine: Andriy Shevchenko’s side are unbeaten in 11 matches ahead of their trip to Madrid. The former AC Milan and Chelsea striker handed debuts to Oleksandr Tymchyk and Bohdan Mykhaylichenko in a 2-1 win against Switzerland and the pair could start again this weekend.

Player watch: A couple of Premier League players could be in line for their international debuts for Spain on Sunday. Wolves winger Adama Traore could make his senior bow after a few false starts, along with Manchester City’s Eric Garcia. His new team-mate Ferran Torres played the full 90 minutes on his first Spain start on Thursday and there was excitement for Leeds fans too as new signing Rodrigo set up the last-gasp equaliser during the 1-1 draw.

Team news – Switzerland: Celtic striker Albian Ajeti may get a start after coming on for the final 20 minutes against Ukraine, while Renato Steffen and Michael Aebischer could also start after getting minutes on Thursday.

Team news – Germany: Chelsea-bound Kai Havertz left the team camp on Friday with a move to the Blues now confirmed, and won’t be available for Germany. Germany boss Joachim Low confirmed Bernd Leno will start in goal, with no other injury issues.

Player watch: Another German signing for Chelsea this summer, Timo Werner, scored for Germany against Spain last week and will likely be involved again. New Leeds defender Robert Koch was also on the bench in the previous game and could make an appearance on Sunday.

Other matches on Sky

All other matches are live on Sky Sports Football via the Red Button, or the Sky Sports app, unless stated:

Coming up, Czech Republic vs Scotland and Northern Ireland vs Norway will be live on Monday and Denmark vs England is live on Sky Sports on Tuesday.