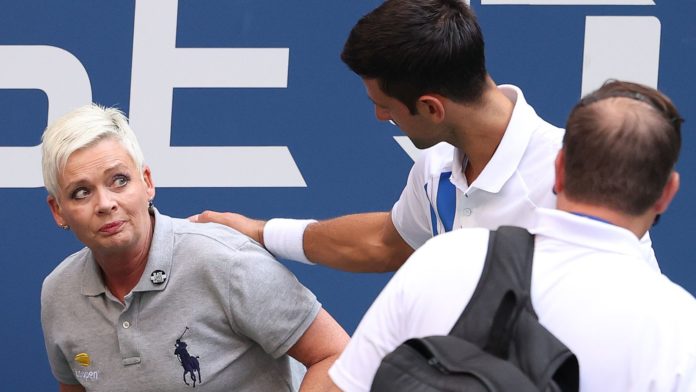 Novak Djokovic has been disqualified from the US Open after hitting a line judge with the ball.

The top seed world No 1 had just dropped his serve to trail opponent Pablo Carreno Busta 6-5 in the opening set of their fourth-round match on Arthur Ashe Stadium.

He hit a ball behind him in frustration and it struck a female line judge. After the ball was struck, it was immediately clear that the woman was hurt and the Serbian rushed over to check on her condition.

A lengthy discussion followed at the net between tournament officials and Djokovic, before he was sent from the court.

Djokovic had not lost this season, enjoying a 26-match winning run, and had secured his 17th Grand Slam singles title at the Australia Open.