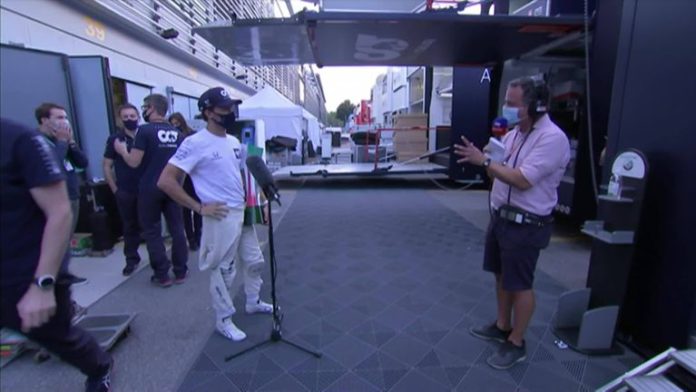 F1’s rare underdog triumph for Gasly and AlphaTauri ends the big three’s domination of race days after seven years; “After everything that happened to me in the last 18 months, I could not have hoped for a better way to get my first win”

AlphaTauri’s Pierre Gasly ended the unprecedented run of three-team victory domination, missed a congratulatory call from France’s president, and then reflected on the “crazy ride” of the past year of his career after delivering a true Formula 1 upset by winning the Italian GP.

A 250-1 shot for a first career victory from 10th on the grid ahead of the race, Gasly became the first driver outside of F1’s big three – Mercedes, Red Bull and Ferrari – to stand on the podium’s top step for seven years and an astonishing 147 races.

F1’s biggest teams had shared all of the race wins between them – including all the first 128 of the current V6 engine era – since Lotus won at the 2013 Australian GP.

AlphaTauri, then known as Toro Rosso, claimed their only previous win, also at Monza, with a young Sebastian Vettel. A dozen years on, and Red Bull junior team’s second triumph with Gasly had not been seen coming either.

“I’m still struggling to realise what’s happened for us,” said Gasly, who was only three months old the last time a French driver, Olivier Panis in Monaco 1996, won a Grand Prix.

“My first win in Formula 1… a couple of months ago I got my first podium in Brazil and then today it’s my first win, in Monza with AlphaTauri, which is an Italian team.

“It could not have been better and we worked so hard, day by day, race after race, after everything that happened to me in the last 18 months, I could not have hoped for a better way to get my first win.”

Gasly’s tumultuous path to being an F1 race winner

As test of characters go, Gasly has certainly had to contend with a great deal in those 18 months he mentions.

After a breakout maiden year in F1 with midfield runners Toro Rosso in 2018, the young Frenchman earned an immediate promotion to the main Red Bull team next to Verstapen when Daniel Ricciardo sudden departure for Renault created a vacancy.

But the step up to the big time was far from a smooth transition.

Two crashes in pre-season testing set the tone for a difficult baptism and Gasly’s early-season form was inevitably compared to Verstappen’s, who won two races and finished in the top five in every event up to the summer break.

Gasly, by contrast, collected just two top-five results and never troubled the podium, with his single-lap deficit to his team-mate in qualifying – a tried-and-tested F1 barometer of performance and potential- especially glaring.

Despite public assurances from Red Bull’s bosses that he would be given more time, he was still demoted back down to the junior team during the August summer break with Alex Albon, now himself catching the eye in Gasly’s previous seat at Toro Rosso, promoted in his place.

After just 38 starts, the early promise of his F1 career was in danger of being lost.

Gasly finished in the points on his first race back with Toro Rosso at Spa but the weekend was tragically overshadowed by the death of his compatriot and long-time friend Anthoine Hubert in that weekend’s F2 race.

Still coming to terms with the loss, he finished the season strongly and a maiden podium was the reward at the penultimate round in Brazil, coming home second to Verstappen after a typically incident-filled Interlagos race.

And while the start of the 2020 campaign was delayed by over three months, Gasly quickly emerged as one of the grid’s most consistent performers with a dominant head-to-head record over team-mate Danii Kvyat and becoming a regular top-10 runner.

On his first return to Spa-Francorchamps last weekend, when he said he was raising for Hubert’s memory and laid flowers at the side of the track where his friend died, Gasly was voted the fans’ driver of the day with a stirring run to eighth place, including a sensational move on Sergio Perez into Eau Rouge.

Gasly was certainly reflecting on some of these events when he took a moment to sit alone on the Monza podium after the trophy presentations and champagne.

“I had so many things in my mind. I know these kind of moments are going so fast,” he told Sky Sports F1 during The Notebook.

“From Brazil last year afterwards I was thinking I wished I had more time on the podium just to enjoy those kind of emotions even more.

Not that it couldn’t quite be the ultimate Monza podium experience.

“I wish there could have been thousands of people down there and all the Tifosi,” rued Gasly.

“Everyone says Monza is probably the craziest place to win because the Tifosi are so passionate here. I wished I could have felt that energy, but there were already so many emotions it was a fantastic moment.”

And a moment and achieved by not only those in Formula 1.

Revealing he had to next return a missed call to his country’s president, Emmanuel Macron, Gasly also reserved a special thanks for his Italian team.

“Franz [Tost, AlphaTauri’s team boss] told me ‘we have won it in the wet with Seb and now in the dry with you’. It’s crazy.

“I’m so happy to have given these two podiums and to have my first race win with these guys because they have been giving me so much.”