Home World Trump attacks the sixth-richest woman in the world for her ties to... 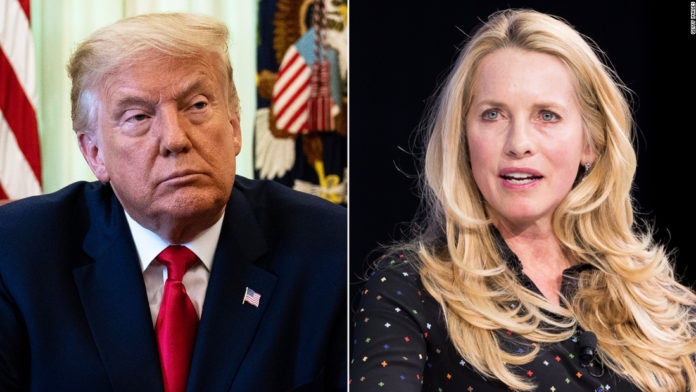 Trump said Laurene Powell Jobs, who has a net worth of $33.3 billion according to Bloomberg and $20.2 billion, according to Forbes, is “wasting money” Steve Jobs left her after he died by owning the magazine that published a damaging report about him last week.
On Thursday, The Atlantic published a story written by its editor-in-chief Jeffrey Goldberg that reported four anonymous sources said Trump called Americans who died in battle “losers” and “suckers.”
The article outlines Trump’s derogatory remarks about service members and their intelligence. The Atlantic also reported that Trump asked for wounded veterans to be kept out of military parades. CNN has confirmed some aspects of The Atlantic’s story.
In response to the story in The Atlantic, Democratic presidential nominee Joe Biden tweeted, “Here’s my promise to you: If I have the honor of serving as the next commander in chief, I will ensure that our American heroes know that I will have their back and honor their sacrifice. Always.”
Trump, in his Sunday morning tweet, was responding to Charlie Kirk, the chair of pro-Trump student group Trump Students. Kirk implied an ulterior motive, noting that Laurene Powell Jobs donated to Biden and owns the magazine that published the story about Trump.
Laurene Powell Jobs inherited billions of dollars of stock in Apple and Disney from her late husband after he died in 2011. She founded The Emerson Collective, a social change organization focused on education, immigration reform, the environment, media and journalism and health. In 2017, The Emerson Collective bought a majority stake in The Atlantic. It also owns a stake in Axios.
A representative for Jobs said the Forbes figure is the most accurate depiction of her wealth. Bloomberg and Forbes use different methodologies to calculate individuals’ total wealth.
Clarification: This story has been updated to clarify Jobs’ company’s investment in Axios represents a stake in the company. Emerson owns a majority stake in The Atlantic.