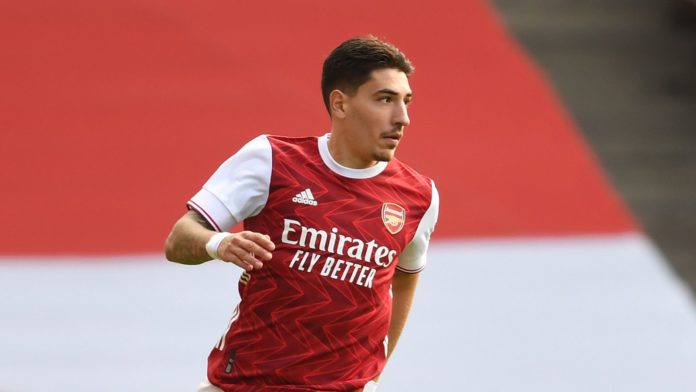 Bellerin on joining Rovers’ green revolution: “It’s important that I invest in things I am passionate about – and I’m excited to help push football into having a sustainable future”

Bellerin says he has taken a minority holding in the club in order to help develop their environmental and ethical innovations.

The Spaniard has been outspoken about his passion for conservation and his ambition to tackle climate change, recently making a pledge which saw him plant 3,000 trees for every Arsenal victory during ‘Project Restart’.

Speaking on joining the club’s ‘green revolution’, Bellerin told the club’s website : “I was really excited when I first discovered the opportunity to get involved at Forest Green Rovers – and the brilliant work the club is already doing. It’s important that I invest in things I am passionate about – and I’m excited to help push football into having a sustainable future.

“Forest Green Rovers prove to clubs who say ‘they don’t have resources to be sustainable’ – that it is possible. With the new stadium, being carbon neutral and vegan, the club is doing some mind-blowing work. People have a universal love of football, so there’s no better industry to promote sustainability – and what we can do as football supporters to be more environmentally conscious.

“I became a vegan around three years ago and at first, I just wanted to try it and detox my body. Initially, I thought I’d eat meat as a ‘treat’ – but, being vegan just worked for me. After a month of being vegan, I felt stronger – and I didn’t struggle with ankle injuries anymore. I began to feel more energetic on the pitch – and I began to notice a real difference.”

Chairman Dale Vince said: “I like Hector’s approach, his personal journey and the things he’s trying to do – they make sense. I’m looking forward to working with him on our projects at FGR and this wider agenda we have a shared interest in.”