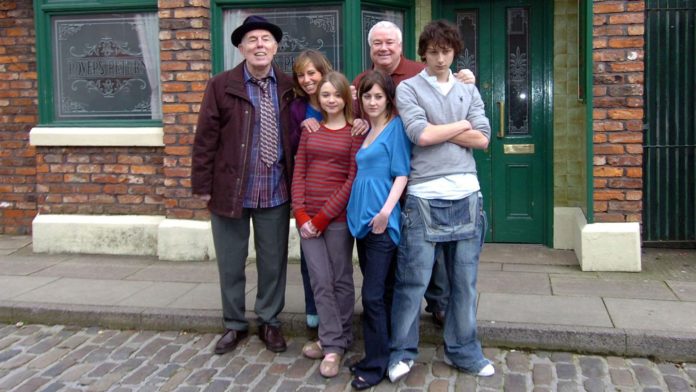 Tributes are being paid to actor Rodney Litchfield, who starred in shows including Early Doors, Phoenix Nights and Coronation Street.

He died on Saturday, aged 81, after being ill for some time.

Litchfield is best known for playing Tommy in the comedy Early Doors, which aired in 2003 and 2004 and followed a pub landlord and his family.

Phil Mealey, who wrote and starred in the show with The Royle Family’s Craig Cash, paid tribute on Twitter, saying: “Really sad news that Rodney Lichfield aka Old Tommy passed away peacefully in his sleep Saturday aged 81, having been poorly for some time.

“We were blessed to meet and cast him as he was absolutely perfect. To you Rodders and To The Regiment it won’t be the same without you. RIPx.”

Litchfield starred in Coronation Street in 2007, playing grandfather Wilf Morton, and also played Wild Bill in Phoenix Nights alongside Peter Kay and Paddy McGuinness, who was among those to pay tribute.

The actor also had smaller roles in shows including Emmerdale, Shameless, The Bill, Cracker and Casualty.

Fans have also paid tribute on social media, with one saying: “Awwwwwww, loved him in early doors, the finest comedy of the last 20 years. ‘No, I’ll stay on me own’. Rest in peace Rodney x.”