Home Culture “Keeping Up with the Kardashians” to end in 2021 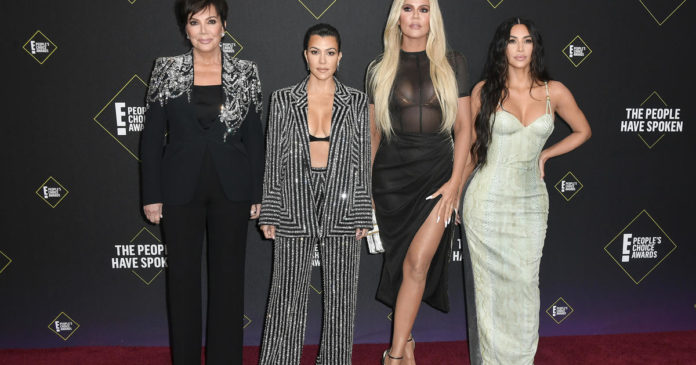 Fans will soon have to find another way to keep up with one of America’s most famous families. The 20th and final season of “Keeping Up with the Kardashians” will air early next year, the family announced on social media Tuesday.

“After what will be 14 years, 20 seasons, hundreds of episodes and numerous spin-off shows, we are beyond grateful to all of you who’ve watched us for all of these years – through the good times, the bad times, the happiness, the tears, and the many relationships and children,” the family said in a joint statement posted to social media. “We’ll forever cherish the wonderful memories and countless people we’ve met along the way.”

The statement lists the names of famed “momager” Kris Jenner, as well as children Kourtney, Kim, Khloé and Rob Kardashian; as well as Kendall and Kylie Jenner. Kourtney’s former partner and father of their three kids, Scott Disick, was also listed on the announcement.

The decision to “say goodbye” to the hit E! show was made “as a family,” the statement said. The family also thanked everyone who had been involved in the long-running show.

“Without ‘Keeping Up with The Kardashians,’ I wouldn’t be where I am today,” Kim wrote. “This show made us who we are and I will be forever in debt to everyone who played a role in shaping our careers and changing our lives forever.”

The reality show premiered on October 14, 2007, according to Entertainment Tonight, and helped launch the careers, as well as the business empire, of the Kardashian/Jenner family. The success of the show led to 12 spinoff series and numerous pop culture moments as it chronicled the often extravagant daily life of the siblings and their growing families.

The 19th season of the show will return on September 17.