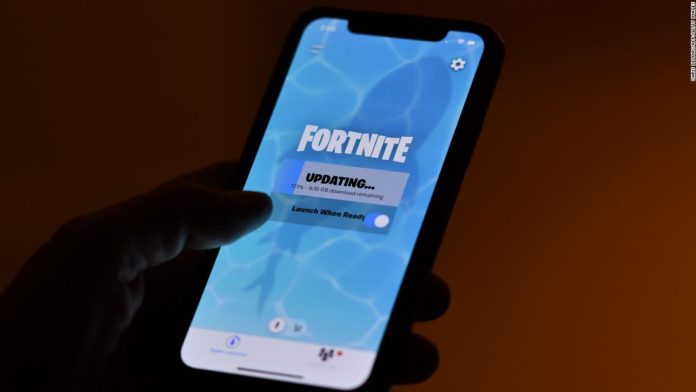 In a court filing, Apple accused Epic of “self-help and subterfuge” as it embarked on a plan of alleged “commission-theft” by including a workaround in Fortnite that gave players a discount on in-game currency if they paid Epic directly.
Apple is seeking a judgment from Judge Yvonne Gonzalez Rogers finding that Epic breached its developer contract with Apple, as well as monetary damages.
Epic declined to comment and referred CNN Business to its earlier statements that claim Apple enjoys a “monopoly over in-app payments on iOS, suppressing free market competition and inflating prices.”
Epic filed a lawsuit against Apple last month in a closely watched antitrust case that could reshape the way digital app stores work. Epic alleged in the case that Apple’s decision to remove Fortnite from its app store over in-app purchase fees reflects anticompetitive behavior and a violation of US antitrust law.
It also sought a temporary restraining order over a subsequent effort by Apple to remove Epic’s Unreal Engine, a graphics software platform that’s used in Hollywood and many third-party video games that run on Apple’s operating systems. Judge Gonzalez Rogers blocked Apple from banning Unreal Engine but allowed Fortnite’s removal to stand.
In Tuesday’s filing, Apple reiterated its claim that Epic manufactured the legal and business crisis when it sought to circumvent Apple’s in-app payment fees.
Epic’s lawyers previously acknowledged that the company sought to force the issue by giving Fortnite players a discount if they purchased in-game currency, known as V-bucks, directly from Epic rather than through Apple’s in-app payment channel.
“Epic fired the first shot in this dispute, and its willful, brazen, and unlawful conduct cannot be left unchecked,” Apple’s filing said, while defending its own practice of charging fees from developers.
“There is nothing anticompetitive about charging a commission for others to use one’s service,” the filing added. “Many platforms — including Epic’s own app marketplace and Unreal Engine — do just that.”