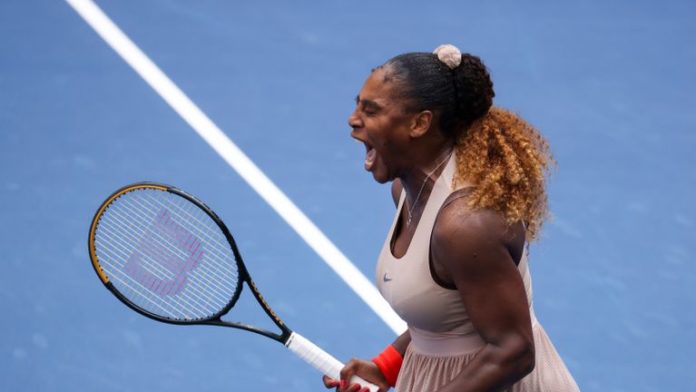 Serena Williams, Victoria Azarenka and Tsvetana Pironkova have given fellow mums from all walks of life the belief they can follow their dreams

Mum’s the word at this year’s US Open with the likes of Olympia, Alexander and Leo enjoying watching their heroes in action at Flushing Meadows.

In total, nine mothers were present in round one of the singles draw at the 2020 US Open, with Serena Williams, Victoria Azarenka and Tsvetana Pironkova all going deep in this year’s tournament.

Being a mum is not the easiest of tasks at the best of times, but mixing motherhood and professional tennis, well, it does not get much tougher.

There has been a successful resurgence of mums on the tour proving they can mix it with the best.

“I’m so happy that there are so many moms in the event, obviously because I’m one. I just have a totally new respect for moms,” said Williams, who has been cheered on by her three-year-old daughter, Olympia, from her very own robust fan section on Arthur Ashe Stadium.

Serena’s comeback to the tennis world has been paralleled with her inspiring approach to juggling work and family life.

The 38-year-old ‘Supermum’ has been open about her struggles with parenting, after almost losing her life while giving birth to Olympia.

“I would never have thought I would be playing as a mom,” added the 23-time Grand Slam winner. “The pluses is that one day your daughter can say she was there, whether she remembers or not, we can always have pictures. But other than that, it’s just minus, like, I’m not with her, I’m not around her. It’s hard. For me, it’s hard, because I spend a tremendous amount of time with her.”

One of Serena’s best friends is now retired former tennis star Caroline Wozniacki. Speaking to Sky Sports, the Dane believes there no longer has to be a choice.

When you have a baby at home you have that to look forward to and for that to be the first priority so I think that’s definitely helped some of the women be more relaxed and it’s really great to see.

“Back in the day you had to choose one or the other so it’s great to see now that the women are coming back. They want to play, they love the sport, they’re staying fit, they’re in great shape and they’re playing extremely well. I think they have the experience,” said former Australian Open champion Wozniacki, who suffers from rheumatoid arthritis which is an autoimmune condition that can cause pain and swelling in the wrist and other joints.

“Sometimes it helps take the pressure off; tennis isn’t everything and when you have a baby at home you have that to look forward to and for that to be the first priority, so I think that’s definitely helped some of the women be more relaxed and it’s really great to see.”

Azarenka is another mum making headlines for her successful revival on the circuit after injuries and off-court problems since giving birth to son Leo saw the two-time Australian Open champion slip down the rankings.

But she won the Western & Southern Open recently and has made a deep run at the US Open.

No matter what changes, Vika is still Vika.@vika7 #USOpen pic.twitter.com/1t2WfxciwR

The Belarusian says mum’s are not just mum’s on the WTA tour but they are “women who have dreams and goals and passions”.

“Well, there is a lot that goes into it in terms of balancing a lot of things, and juggling two things,” said the 31-year-old. “But identifying myself or other players just as mothers, I think that’s not the only thing that we are. We are also tennis players. We are also women who have dreams and goals and passions.

“Everybody has their own priority, they have their own list of where they rank being a mother is, but we are not – it’s not just being a mother. Your life doesn’t stop. My life just began when I became a mother. I’ll say that really openly.

“To see that rise of women being able to fulfil their dreams, as well as balancing the motherhood, I think they all are heroes. I really, really appreciate all of them. And I hope this continues to go on where women are inspired to do what they love to do but still being able to go after what they want.”

Once she’s here, she plays tennis. Once she goes back home she just plays with Leo like a normal woman – it helps her. Even if she’s playing good or bad, she can go home and it’s different, totally different. She just thinks about her family, Leo. We have a lot in common. When I’m with Leo, we can talk like Vika is here, we play games. It’s really, really relaxed and it helps Vika a lot, to be honest, really a lot.

Bulgarian Pironkova has enjoyed a spectacular return to the game with a remarkable run at this year’s US Open despite it being just her first tournament back following her retirement three years ago and the birth of son Alexander.

When you can come back and play on a high level after having a baby, of course it’s a great thing, and you can see that everyone loves the sport. This is always important.

The former Wimbledon semi-finalist took time out of the sport to become a mother for the first time.

“Well, everything in mothering I guess it’s helped me. Obviously you become a different person. You don’t focus on yourself that much anymore, like your focus is primary on your child. And I guess that’s a good thing,” said the 32-year-old who doesn’t even have a WTA ranking.

Now Pironkova is balancing motherhood and a return to the game she loves.

“Little by little, I started really missing the tour. Having the opportunity for him to watch me really makes me happy,” she said.

“It’s just great to be playing without that extra pressure I had on myself before. Before, it was almost like a life and death situation for me to win a match.”