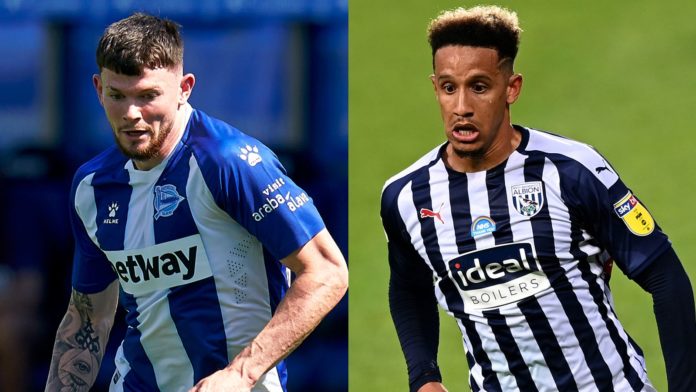 Oliver Burke has joined Sheffield United on a three-year deal from West Brom, with Callum Robinson moving in the opposite direction.

Scotland international Burke has spent the last 18 months on loan at Celtic and in Spain with Alaves since joining West Brom for £15m from RB Leipzig in 2017.

He is Sheffield United’s fourth signing of the week following the arrivals of Ethan Ampadu, on loan from Chelsea, and Jayden Bogle and Max Lowe from Derby.

Another one for Wilder. ✍️

“It’s a move that suits all parties and we are delighted to have Oli in the building,” Wilder said, following the signing of Burke.

“He’s had a couple of big moves in the past that haven’t gone as he’d have hoped, but it’s down to us now to give him a kick-start and he’s got all the attributes we want and need.

“When you put it on paper at the end of the window and take a sigh, it’s been an outstanding summer for us, we will 100 per cent be stronger than when we stepped through the door into the Premier League and that’s how it has to be.”

What a time to be a Blade. ❤️ pic.twitter.com/dfeYoNQbwS

Robinson rejoins West Brom on a permanent five-year deal having moved to The Hawthorns on loan for the second half of last season in January.

The 25-year-old, who appeared in the Republic of Ireland’s recent UEFA Nations League fixtures, scored three goals in 16 Championship appearances during that spell. The last of those came in West Brom’s 2-2 draw with QPR which clinched promotion on the final day of the season.

“Discussions were taking place over the summer but these things take time. I’m thankful it has all been completed and I’m really happy to be back here.”

Robinson leaves Bramall Lane a season after joining from Preston.

West Brom remain in the market for another forward despite the signings of Robinson and Grady Diangana.