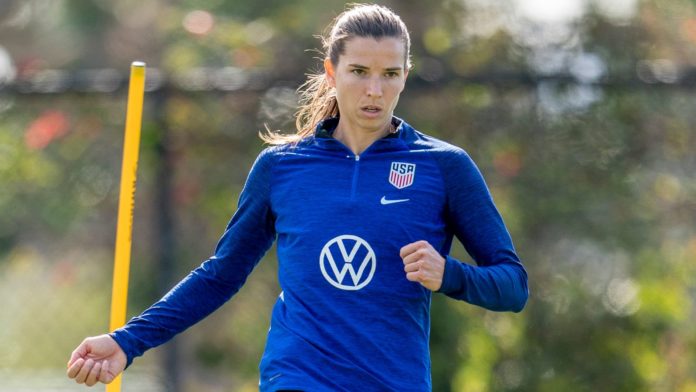 USA international Heath joins United on a contract until the end of the 2020/21 season, subject to obtaining a work permit.

The 32-year-old winger has spent the past seven seasons with National Women’s Soccer League side, Portland Thorns. Having spent the majority of her playing career in America, she also had two spells in Europe with Paris Saint-Germain in 2013 and 2014.

Heath is an experienced international player and has been capped by the USA national team 168 times. Her many honours with the USA include two World Cups and two Olympic Gold medals. Heath was also shortlisted for the 2019 Women’s Ballon d’Or.

Heath said: “Manchester United is an exceptional club and I’m thrilled to be joining them. I’m looking forward to the challenge of competing in England, playing with and against some of the best players in the world.

“I have big ambitions for this season and can’t wait to get on the pitch with my new team and start this next chapter.”

United boss Casey Stoney said: “We are all excited to have Tobin join the club; she is an outstanding player who brings a wealth of experience to the squad.

“She is extremely skilful and possesses so much quality on the ball; her speed and intelligence in one vs one situations will be a real asset that will push the team forward this season, and I can’t wait to see her make her mark on the league.

“Tobin’s many accolades and trophies also show that she is a proven winner and I’m looking forward to seeing her have a real impact in the squad.”

Heath is expected to be joined by international team-mate Christen Press before Thursday’s transfer deadline in the Women’s Super League.

Press is due to arrive at United on a one-year deal from Utah Royals. Both players follow the summer signings of fellow USA internationals Sam Mewis and Rose Lavelle at Manchester City.

United are playing just their second season in the WSL after reforming their senior women’s side in 2018 following a 13-year absence.

The men’s summer transfer window will run for 10 weeks from July 27 and close at 11pm on October 5.