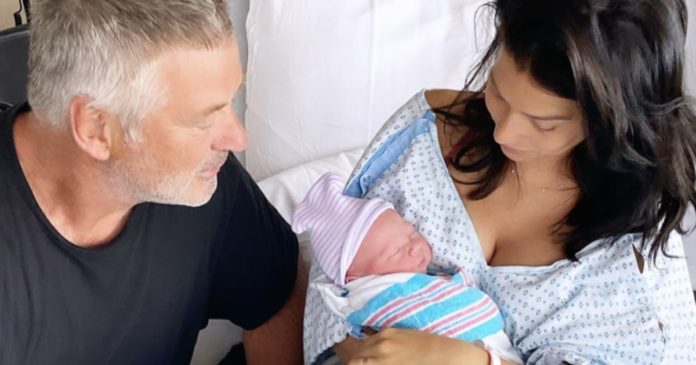 “We had a baby last night. He is perfect and we couldn’t be happier,” 36-year-old Hilaria Baldwin wrote. “Stay tuned for a name.”

Hilaria Baldwin announced on Instagram in April that she and her husband were expecting baby number five. The yoga instructor has also been open about suffering two miscarriages – one in April 2019 and another in November, according to Entertainment Tonight.

In November, she shared a video of her daughter, Carmen, comforting her. “We are very sad to share that today we learned that our baby passed away at 4 months,” she wrote in the Instagram caption. “We also want you to know that even though we are not ok right now, we will be. We are so lucky with our 4 healthy babies—and we will never lose sight of this. I told Carmen and took this so I could send it to Alec.”

The post came after Baldwin said on her Instagram stories that she was nervous for an appointment she had that day.

After sharing her struggles, Baldwin continued to use social media to update fans on her recent pregnancy. Her post about the new baby boy received comments from countless celebrities on Wednesday.

“Congratulations to the entire battalion!!” commented Alec’s brother, Billy Baldwin. “I think Guillermo Eduardo has a fabulous ring to it!!” Guillermo is the Spanish version of William – or Billy’s full first name.

As for the baby’s actual name, fans will have to wait for another update from the Baldwin brood.