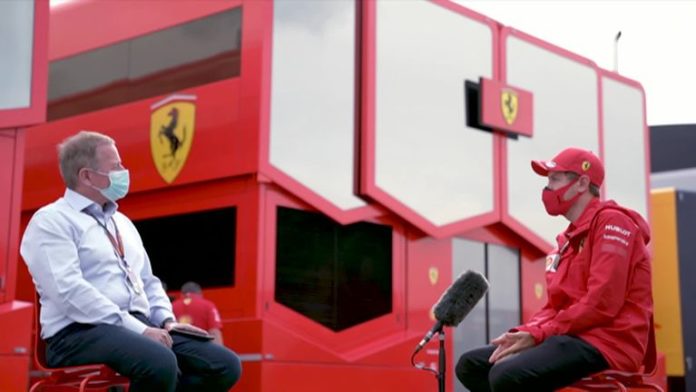 Sebastian Vettel now in line to replace him for 2021; Perez says he has no “Plan B” but intends to continue on F1 grid of he can find drive that “motivates me”

Sergio Perez has announced he will leave Racing Point after seven seasons at the end of the current 2020 campaign.

The news, first confirmed by the Mexican himself on Twitter, appears set to signify that four-time world champion Sebastian Vettel will take his place next to Lance Stroll next season after weeks of speculation.

Vettel has been let go by Ferrari and last month confirmed he had held informal talks with Racing Point’s bosses, with the German making clear he wants to stay in F1 if he can find a team to match his ambitions.

“Everything in life always has a beginning and an end, and after seven years together, my time with the team will come to an end after this season,” said Perez, who joined the then-Force India squad in 2014 after being let go by McLaren after a single season.

I have something to announce to you…
Thank you for your support all these years!#NeverGiveUp pic.twitter.com/4qN9U6Cg1L

“It hurts a bit as I bet on the team during very rough times; we managed to overcome obstacles and I am very proud of saving the jobs of several of my team-mates.

“I’ll keep the memories of the great moments lived together, the friendships and the satisfaction of always giving my all. I will always be grateful for the opportunity given to me Vijay Mallya, who believed in me in 2014 and allowed me to continue my F1 career with Force India.

“To the current administration, led by Lawrence Stroll, I wish nothing but the best for the future, specially with the upcoming Aston Martin project.”

In July 2018, Perez led a process that put the then-struggling outfit into administration, with the team soon rescued by a consortium led by Canadian billionaire Lawrence Stroll.

Speaking in their own statement confirming Perez’s departure later on Wednesday evening, Racing Point paid tribute to a driver who has finished on the podium five times during his time with them.

Team boss Otmar Szafnauer said: “Checo has been part of the Silverstone family for seven years and in that time has become one of the most complete drivers on the grid. Blisteringly quick on Saturday and Sunday, he’s established his reputation as a tenacious racer and together we have enjoyed some fantastic moments.

“If there was ever a sniff of a podium, Checo was ready to pounce, and those five podiums represent some of the finest days in the history of this team. Outside of the car, Checo is a true character and a good friend, and it’s been a pleasure working with him for such a long time. Although we will say goodbye at the end of the year, there are still nine races to go and plenty of opportunities for Checo to make some more special memories with this team.”

What now for Perez – and is Vettel his replacement?

Racing Point had announced a three-year extension for Perez, their established lead driver, in August 2019 but the sudden availability of Vettel on the market for next season appears to have changed the team’s plans.

Speaking in his statement, Perez said he does not yet have an alternative drive for next season.

But the Mexican’s record of consistent points finishes in F1 is likely to make him an attractive option for both Alfa Romeo and Haas, neither of which have confirmed their drivers for 2021.

However, both teams are currently towards the back of the F1 grid, whereas Racing Point have generally been consistent top-10 runners during Perez’s time there and this year are fighting behind only Mercedes and Red Bull.

“I don’t have a Plan B,” admitted Perez. “My intention is to continue racing here, but that would depend on finding a project that motivates me to continue giving my 100 percent in each lap.”

Meanwhile, Vettel’s expected arrival in his place would give the new Aston Martin team an immediate big name for the brand’s full return to F1 after 60 years.

Speaking to Sky Sports F1 in an exclusive interview with Martin Brundle recently, Vettel outlined what was motivating him to consider staying in F1 beyond Ferrari.

“I’m not here to just participate, not here to ‘be a Formula 1 driver’, not here to make money. I’ve been in a very fortunate position and I should be ok unless I completely mismanage,” he said.

“But I’m really here to achieve something. I will see in the next time whether that’s in the cards or it’s not. That will drive my decision.”