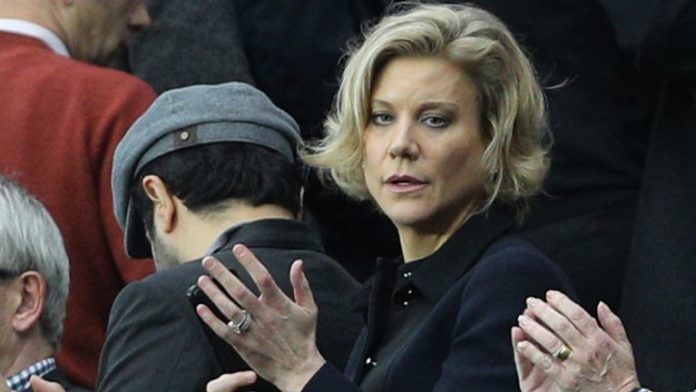 Newcastle have criticised the Premier League after it officially rejected Amanda Staveley’s Saudi-backed takeover of the club.

Newcastle owner Mike Ashley, who has been looking to sell the north-east club for well over a year, is understood to be considering his legal options.

Ashley is also understood to be extremely frustrated at the process, having attempted to resurrect talks over a potential sale.

Staveley has now twice failed to complete a takeover of Newcastle, having been previously unsuccessful in her attempts to buy the club in 2017.

A Newcastle statement read: “Newcastle United can confirm that the Premier League has rejected a takeover bid made by PCP Capital Partners, the Reuben Brothers and the Public Investment Fund of Saudi Arabia (PIF) based on its Owners and Directors test.

“This conclusion has been reached despite the club providing the Premier League with overwhelming evidence and legal opinions that PIF is independent and autonomous of the Saudi Arabian government.

“The club and its owners do not accept that Premier League chief executive Richard Masters and the Premier League have acted appropriately in relation to this matter and will be considering all relevant options available to them.

“Mike Ashley understands fans’ frustrations and would like to reassure them that he has been fully committed to ensuring this takeover process reached completion as he felt it was in the best interests of the club.

“Mike continues to be fully supportive to Steve Bruce, the players and all the staff and wishes them well for the upcoming season.”

The Premier League has declined to comment on the statement made by Newcastle.

He flew in by helicopter on Wednesday afternoon to meet the club’s three new signings – Callum Wilson, Ryan Fraser and Jamal Lewis.

Masters has sympathy with Newcastle fans

In an interview recorded on Wednesday before the release of Newcastle’s statement, Premier League chief executive Richard Masters insisted he had great sympathy for the club’s fans.

“In a situation like a takeover there should be a natural expectation for confidentiality but there is also an expectation amongst fans that they should be kept up to speed with what is going on and sometimes that isn’t always possible,” Masters told Sky Sports News.

“I do sympathise with Newcastle fans, which is why we took the decision to very briefly talk to members of the Newcastle Supporters’ Trust and answer some of their questions and write an open letter to some of the MPs explaining, as far as we could, some of the issues which we faced which were complicated.

“That’s one of the reasons that it took perhaps slightly longer than normal and so we are already looking at the owners’ and directors’ test.

“We were looking at it in more general terms because of some of the incidents around the Bury takeover last year, the select committee hearing that happened around that and that project will continue.

“We will work with the FA and the EFL on the test itself and also think about the issue of transparency and fan communication as well.”

The Premier League board – chair Gary Hoffman, outgoing interim chair Claudia Arney, Masters and Kevin Beeston – met in June and “made a clear determination as to which entities it believes would have control over the club” if the takeover had been successful.

Masters does not determine the outcome of the Owners’ and Directors’ Test.

Newcastle announced the arrival of left-back Lewis from Norwich for £15m on Tuesday, while former Bournemouth forward Wilson and free agent Fraser both arrived at St James’ Park earlier in the week.

“I never had to really twist anybody’s arm,” Bruce told Sky Sports News. “I think what happened with Dwight put us into a place where nobody wants to be, because you don’t want your centre forward – who did really well towards the back end of last season – getting injured.

“In conversations I had with Lee we spoke about how we could get someone through the door who will improve us – especially strikers – and what I wanted was for them to be a little bit proven in the Premier League.”