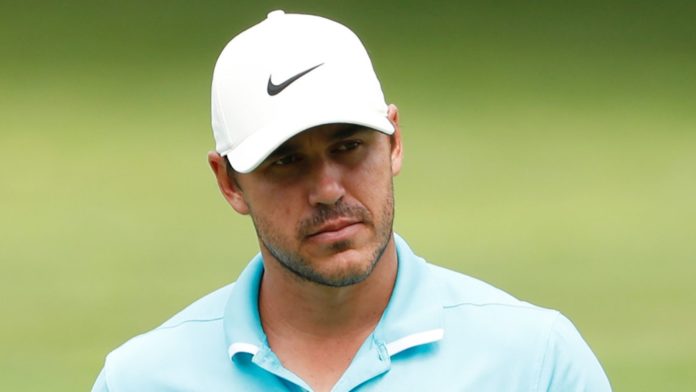 Watch the US Open, live on Sky Sports Golf, from September 17

Brooks Koepka has withdrawn from the US Open, which begins next Thursday.

Koepka has struggled with a left knee injury which saw him sidelined for three months last season and also needed on-course treatment to his hip during his title defence at the US PGA Championship in San Francisco last month.

The four-time major winner was ranked a lowly 97th in the FedEx Cup standings when he withdrew from the first play-off event, with only the top 70 after the Northern Trust advancing to the BMW Championship.

Koepka had played the previous six tournaments in succession, missing three cuts and recording a best finish of tied second in the WGC-FedEx St Jude Invitational.

The world No 8 wrote on Twitter: “Unfortunately, I have decided to withdraw from next week’s U.S. Open. I’m looking forward to getting healthy and competing at 100% again very soon.”

Koepka won the US Open at Erin Hills in 2017, successfully defended his title at Shinnecock Hills and was runner-up to Gary Woodland at Pebble Beach last year.

The tournament was originally set to be held from June 18-21 but was pushed back to September 17-20 due to the coronavirus pandemic, with the traditional qualifying also not taking place for the first time in 96 years.

Organisers had been hopeful of allowing crowds into the event in Mamaroneck, New York, although have decided that will not be possible due to ongoing health and safety concern about Covid-19.