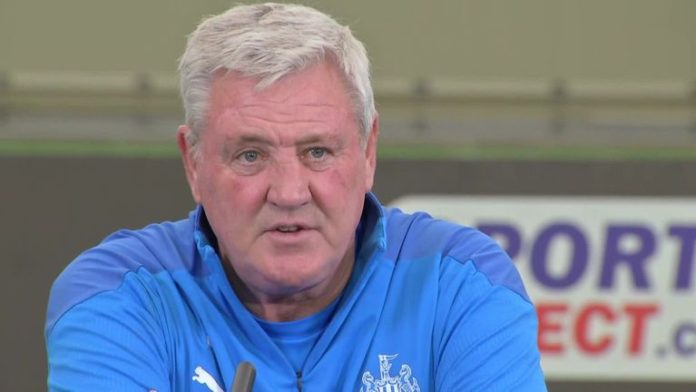 Newcastle announced the arrival of left-back Lewis from Norwich for £15m on Tuesday, while former Bournemouth forward Wilson and free agent Fraser both arrived at St James’ Park earlier in the week.

With Newcastle forward Dwight Gayle facing up to four months out with a knee injury, Ashley reportedly upped the club’s transfer budget by more than £10m to back Bruce in the market.

“I never had to really twist anybody’s arm,” Bruce told Sky Sports News. “I think what happened with Dwight put us into a place where nobody wants to be, because you don’t want your centre forward – who did really well towards the back end of last season – getting injured.

“In conversations I had with Lee we spoke about how we could get someone through the door who will improve us – especially strikers – and what I wanted was for them to be a little bit proven in the Premier League.

“That’s when you need the backing, the backing of Mike and Lee in particular who worked tremendously hard to get them over the line because it was difficult.”

Lewis, Wilson and Fraser – as well as fellow arrival Jeff Hendrick – could make their debuts in Newcastle’s opening Premier League game of the season against West Ham on Saturday – live on Sky Sports.

It says a lot about Steve Bruce’s man-management skills and powers of persuasion that he has managed to coax even the most single-minded of men to change their long-standing traits.

Make no mistake, the Newcastle United manager has done what many others have failed to do before him: he’s charmed Mike Ashley into relaxing his transfer policy after 13 years at the helm.

Ashley upped Bruce’s budget from £30m to more than £40m after a personal plea from his manager to allow him to bring in his key targets.