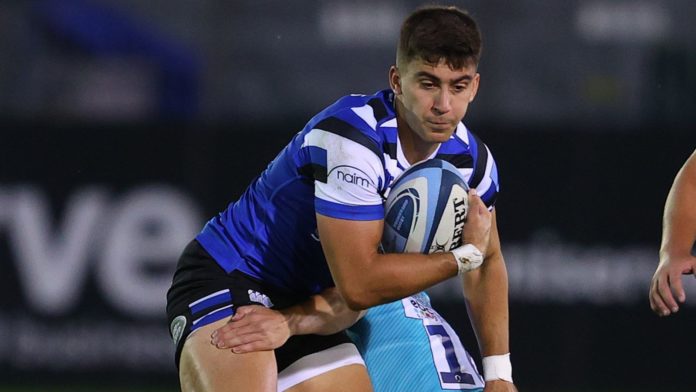 Bath ran in six tries against Worcester to claim a 40-15 win and keep up the pressure on the Gallagher Premiership’s top four.

They now sit just a point behind Wasps, but with an extra win under their belts ahead of Sunday’s visit to second-placed Sale.

Warriors too had to dig deep into their squad to make 14 changes after the defeat at home to Bristol. Yet they took the lead after just six minutes as Billy Searle latched on to a wayward pass from Jack Walker to score under the posts. The fly-half kicked the conversion.

Bath were back on terms almost straight away as Cameron Redpath made ground down the right and Semesa Rokoduguni and Tom de Glanville supported before Will Chudley found Tom Ellis on an unstoppable charge to the line.

Bath went ahead on the scoreboard as the pack made the most of a five-metre scrum and Elliott Stooke was heaved over the line, Matavesi converting for 14-7

Few players were more conspicuous in the first quarter than Bath’s energetic number eight Zach Mercer. Except that he then dropped the restart kick at the feet of Samoa wing Ed Fidow who scored with ease. Searle’s kick struck the post.

Neither side had settled into much of a rhythm but Worcester had the most dangerous runner on the field in Ollie Lawrence, the only player retained after the home defeat at Bristol.

However, their cause was undermined by the loss of skipper Will Butler on 24 minutes, stretchered off with his left leg in a pneumatic splint.

Bath added a third try through hooker Walker on 32 minutes and de Glanville rewarded some serious grunt from his forwards with the bonus point score shortly after. Matavesi converted.

Searle’s penalty on the stroke of half-time offered some encouragement to the visitors. Yet given a penalty to touch five metres out from the Bath line early in the second half, he somehow hooked the ball the wrong side of the corner flag.

Stooke grabbed his second on the blindside of a ruck before Matavesi took the direct route to the line, unceremoniously bumping two defenders out of his way to clear space.

With both tries converted by the fly-half, Bath led 40-15 after 53 minutes but there was no further scoring.

Worcester enjoyed plenty of possession but just could not make a meaningful dent in a resolute Bath defence.