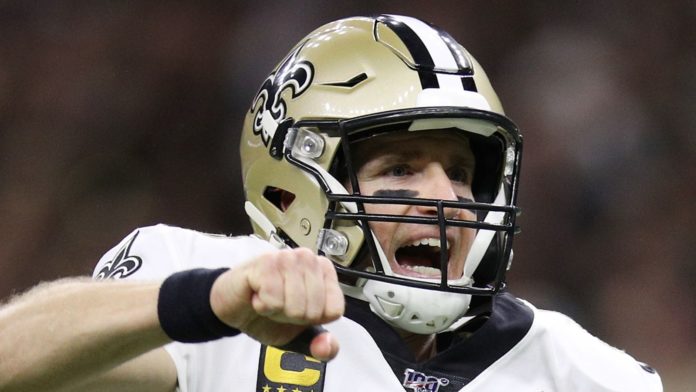 New Orleans Saints quarterback Drew Brees says he is “on borrowed time” this season as the 41-year-old enters his 20th year in the NFL.

Brees, who has an agreement to join NBC as a pundit when he hangs up his boots, has not announced any plans to retire at the end of this campaign.

“I’ve got nothing to lose. So I’m turning it loose and letting the chips fall where they may.”

The Saints are coming off the back of a third consecutive failed play-off run. All three defeats – ‘The Minneapolis Miracle’, the ‘No-Call’ and the overtime loss to the Vikings – have seen New Orleans lose late on in dramatic fashion.

New Orleans have been the top-performers during the regular season in that time and Brees is hopeful that their consistency combined with the lessons learned from play-off failure will set the team in good stead this time out.

“I know that everything happens for a reason, and in most cases, failure is your best teacher,” said Brees, who was the MVP of Super Bowl XLIV in February 2010.

“That’s the approach I’ve always taken, and that’s the approach this team has taken. And I feel like we’ve found a way to garner strength from each one of these moments over these last few years. And it’s only made us better.”

Tom Brady left the New England Patriots and the end of last season as a free agent to join the Tampa Bay Buccaneers, who are in the NFC South alongside Brees and the Saints.

The two future Hall of Famers go head-to-head on Sunday as divisional rivals for the first time since Brady’s trade.

It will be the first time in NFL history that both starting quarterbacks are older than 40.

“I’ve got a ton of respect for Tom and all that he’s achieved in his career. I’m sure he’s pretty rejuvenated, being down there and having the opportunity with the new team.

“Obviously he’s got a great team around him, with a lot of skilled position players and a really good defence as well.

“Man, they’re in the division now and we are all fighting for the same thing.”

Watch the opening game of the 2020 NFL season – Houston Texans @ Kansas City Chiefs – live on Sky Sports NFL from 1.20am on Friday.