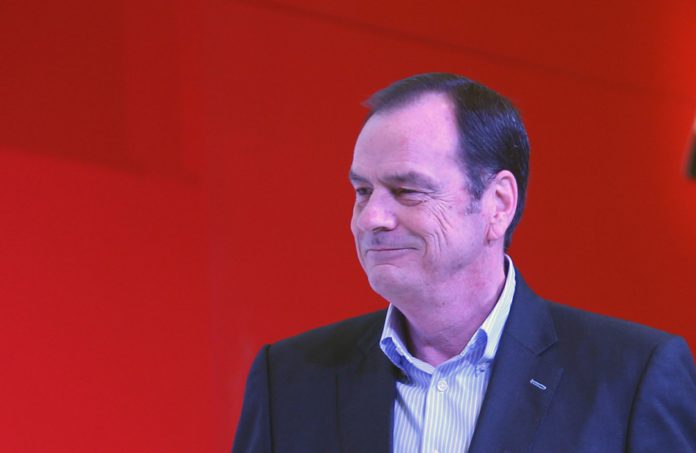 After such a strong season in 2019, featuring 10 events and 26 full season entries, was 2020 expected to be much of the same until the pandemic hit?

FIA Touring Car Commission President, Alan Gow: Motor sport is a cyclical business with highs and lows, and there are times when it’s difficult to sustain that level.

Before the end of last season, we learned that some of the manufacturers involved were re-evaluating their motor sport strategies.

Then in January, the Moroccan government withdrew their financial support for the Race of Morocco at very late notice after the event had been a mainstay on the WTCC and WTCR calendars for several years. Suddenly, we had to find a replacement for the opening round at just a few months’ notice, which at the time was not ideal, but seems easy when we look back at what has happened since.

In the wake of these developments, the FIA and Eurosport Events had already started to work together on a number of cost reduction measures in order to attract further interest, with some scheduled to be introduced immediately and others staggered until 2021.

The COVID-19 pandemic represents a threat for all motor sport disciplines, with categories racing across different continents finding themselves in a challenging position. What steps had to be taken to ensure that WTCR could go ahead this year?

AG: Our first goal is to protect the health of the participants, but the restart during a pandemic represents not only a great logistic challenge, but we also have to consider its impact on the automotive and motor sport industries. Therefore, the steps we’ve undertaken were at the same time addressing the difficulties caused by the COVID-19 crisis as well making the participation in the series more cost-effective for the teams.

Obviously, the most significant cost savings are related to the fact that the championship will run over only six events instead of 10, with all rounds in Europe. We had to be realistic with our objectives for the year and with 95 per cent of the paddock being already based in Europe and no foresight of the ability to freely travel outside of Europe like we had in the past, this was the only option available to us. Of course, this also greatly lowers the logistics costs of the series. Additionally, the start of the championship was pushed as late as possible to allow countries to open back up again after the initial lockdown and in the hope of running as few events as possible behind closed doors. That left us with a very short window of 10 weeks in which to run the season. It will be a challenge, but it was necessary in order to ensure WTCR can go racing and we will make it work.

Once we had the calendar set, we then needed to be flexible with the event formats to enable us to adapt to change. We started the year with three races per event like last year, then brought that down to two races per event as a cost saving measure. Once we had to limit the number of events, we then had too few races, so needed to adapt again and drafted regulations that accommodated two, three and four race events within the same season.

Ultimately, we ended up with the opening two rounds at two races each and the following four with three races each, giving us a total of 16 races over the course of the season.

We further rewrote the WTCR Sporting Regulations to include a number of additional cost-cutting measures, including limiting the number of tyres and other parts that can be used, reduced the number of team personnel for each car and reduced amount of track time which leads to lowering the running costs.

The deadline for full-season entrants was originally set for early March 2020. After the season was delayed by months, the FIA Touring Car Commission decided to reopen the entry. Was that the crucial decision to secure a strong grid for 2020?

AG: When we closed the entries initially, we had received enough to run the competition, but we were well down on 2019’s numbers. However, that was the start of March when we thought we would be racing at the end of April. With the delayed start to the season, the revised calendar and event format and the additional cost reduction measures, we anticipated lots of fresh interest in taking part this year, so it made sense to reopen entries.

The Sporting Regulations were modified further to permit this, while at the same time protecting the interests of those teams who had committed to the WTCR from the start. Therefore, none of the new entries are eligible for the Teams’ title, only the Drivers’ honours. I also want to take this opportunity to thank all our teams as without their support, some steps could not be taken.

Fortunately, reopening the entries allowed us to reach 20 full season entries this season, as well as enabling us to award a title for best Rookie driver this season, as prior to reopening the entries, we didn’t have sufficient numbers for that. I am greatly excited to now see four young drivers starting their touring car careers with a chance to fight for an FIA title.

I’m very pleased with the work of the FIA Touring Car Commission, the FIA Sporting Department and, of course, Eurosport Events for their efforts in reaching this point. Without all the stakeholders involved in the WTCR pulling together for a common purpose this year in spite of constantly moving goalposts, we could easily have fallen victim to the pandemic as so many other series have done. Now we can look forward to a safe and successful return to racing at Zolder this week.