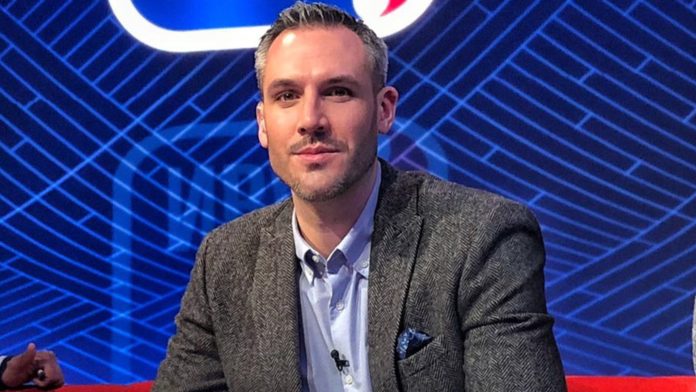 The Toronto Raptors produced a gritty performance with crucial contributions from across their roster to escape Game 6 with a double-overtime win over the Boston Celtics, says Mike Tuck.

That was a gritty, gritty performance the Toronto Raptors. It boiled down to them making big plays down the stretch in the second half and in the two overtime periods. It was an absolute nail-biter, a little bit too nerve-wracking for my liking!

Kyle Lowry really stepped up and proved why he is the main man in Toronto. But it could not have been done without the contributions of the Raptors’ supporting cast. Norman Powell’s steal from Jayson Tatum and his subsequent ‘And 1’ play in the final minute of the second overtime sealed the deal.

All season we have seen different Raptors players step in different moments. We saw it throughout Game 6, too. It’s just how this team is built. Pascal Siakam is still trying to find his way but Serge Ibaka hit three three-pointers in the first half keep Toronto in the game, Fred VanVleet hit three triples in the third quarter and OG Anunoby made big plays down the stretch.

That’s what you need against a team like the Celtics who are so relentless at both ends of the floor. Defensively, they have done a really good job of scouting the Raptors. That’s why Siakam has been struggling so much. He is not in rhythm and he is struggling to react. He is used to doing what we wants but his ‘move package’ is limited to a crossover and a spin move. Jaylen Brown has had his number all series and Boston have done a good job of ‘walling up’ the paint, like we have seen teams do with Giannis Antetokounmpo. The challenge for Siakam is to adapt.

I had said Anunoby would have a big series and he has consistently delivered at both ends of the floor. He has been so solid all the way through the series. He is locking guys down defensively and getting deflections, as well as hitting those big shots

You have to give Powell respect, too. Maybe he does not show up every night, but he is there when you need him. Game 6 was one of those nights – 23 points, a block and two steals (and one of those was his crucial takeaway from Tatum in overtime).

What happens in Game 7?

The Raptors are going to be gassed heading into Game 7, for sure. But both teams had to go through this energy-sapping Game 6. Three Raptors starters played in excess of 50 minutes (with Anunoby logging 49), but three Celtics (with Marcus Smart playing 49 and Daniel Theis playing 47).

Everybody was high usage. Both teams are going to be tired.

Toronto have more of an aging roster so for them it will be about how they take care of themselves over the next day or two and make sure they get the right treatment.

Game 7 is going to be evenly matched. Whenever you count the Raptors out, they manage to swing away and find a way to get back in. In the first half of Game 6, their offense looked stagnant, they were not flowing and the shot selection was bad. But then they found the spark, VanVleet hit a few, Lowry hit a few and they were right back in it.

Will the Celtics carry scars from their Game 6 loss into Game 7? There is going to be some bad blood. You saw Marcus Smart venting at the end of Game 6, letting his feelings be known. I think it was frustration more than anything. The loss will stay in the back of their heads. A game that goes down to the last shot is tough but a game that goes to two overtimes can be incredibly mentally straining.

It’s one more game for both teams. They have one game in front of them. That’s how both teams will treat it. It’s one quarter, one play, one possession at a time. Both teams will be ready. It is the team that can overcome the physical fatigue and remain mentally strong that is going to win Game 7.