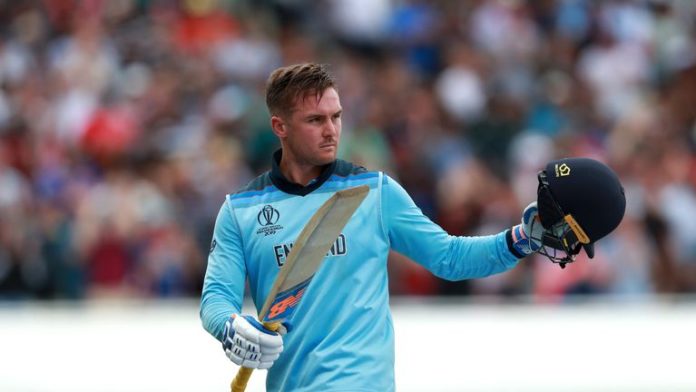 Watch the first ODI between England and Australia live on Sky Sports Cricket and across Sky’s digital platforms from 12.30pm on Friday

Aaron Finch says his Australia side will rise to the challenge of taking on dynamic World Cup champions England at their own hard-hitting game.

The tourists go in to the first of three ODIs against England on Friday, live on Sky Sports Cricket from 12.30pm, having lost 11 of their last 13 games in the 50-over format.

That run includes a 5-0 whitewash in 2018 and defeat in last year’s World Cup semi-final at Edgbaston, which England won by eight wickets with more than 100 balls remaining.

“They’ve had the wood on us in the recent past, no doubt, and that’s fine – we’re not looking behind us, we’re looking forward at starting well,” said Austraila captain Finch.

“It’s a great challenge and it’s great fun playing against England because you know you’re in a contest every ball. Anything can happen and you have to be prepared to take it right to them.

“Any time you play England you can’t play at 90 per cent, you have to bat 100 per cent to beat them. We’re excited for that challenge.

“They’re a side who’ve got firepower with ball and bat. They’ve got experience and they keep coming at you. There’s no part in a 20-over game or 50-over game where you can take your foot off the gas because there will be someone there to take the game away from you.

“They had a great four years and capped it off with a great World Cup win. They are constantly aggressive, you’re always in a position where you have to take decisions all the time. There’s not a five-over block or 10-over block where the game takes care of itself, you’ve got to keep making plays.”

Australia reclaimed top spot on the world T20 rankings despite losing the recent series against England 2-1 but they sit a lowly fifth in the ODI table, which is led by Eoin Morgan’s side.

“Our world ranking probably reflects the inconsistencies we’ve had in the one-day format,” said Finch.

Watch the first ODI between England and Australia live on Sky Sports Cricket and across Sky’s digital platforms from 12.30pm on Friday.