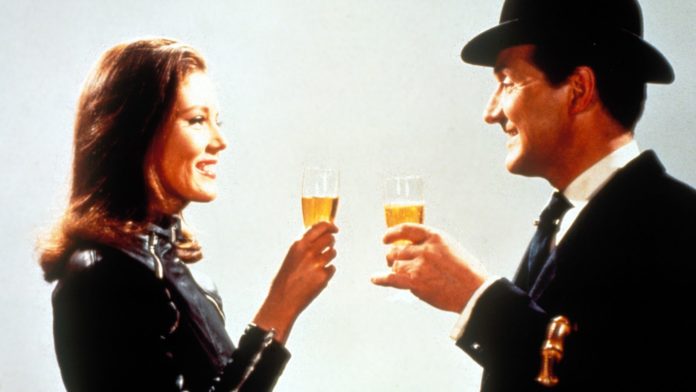 Diana Rigg, star of The Avengers and Game of Thrones, has passed away at the age of 82.

The actress was born in Doncaster in 1938, and made her screen debut in 1959 in a TV version on the Shakespeare play, A Midsummer Night’s Dream.

It was not until 1965 that she became a household name, appearing as iconic spy Emma Peel in The Avengers – a role which scored her an Emmy award in the US.

It is thought she threatened to walk away from the show unless she was given equal pay, after she discovered she was being paid less than the cameramen. Producers agreed, due to the show’s popularity in the US.

She appeared in The Avengers for around three years, when she left to pursue other projects.

Her next major project was the role of Tracy Bond in the James Bond film On Her Majesty’s Secret Service in 1969, opposite George Lazenby.

To date, she has been the only wife of James Bond in the series, and said she took the role to try to boost her image in the US.

Rigg also starred in the adventure comedy, The Assassination Bureau, alongside Oliver Reed in 1969.

She went on to appear in the NBC TV show Diana in the US, a short-lived comedy series filmed in front of a live audience in Los Angeles in 1973.

She remarried in 1982 to theatre producer and former solider Archie Stirling, who had a daughter – Rachael Stirling. However, the pair divorced in 1990 after Stirling had an affair.

Rigg took on a number of roles in the 80s, including in a film version of the Agatha Christie novel Evil Under The Sun, alongside Dame Maggie Smith, and an adaptation of the children’s book, The Worst Witch, opposite Tim Curry.

She also starred in a TV version of King Lear in 1983 alongside Laurence Olivier.

In 1997, she appeared in the TV adaptation of Rebecca, with Charles Dance (who she would later work with in Game of Thrones), and won a Primetime Emmy for her work.

Throughout her career she performed on stage across the UK, in shows like Follies, Twelfth Night and Pygmalion – a show she worked in as late as 2019.

However, in the modern era, she is widely recognised for her work on Game of Thrones, where she played the role of Olenna Tyrell.

It was her last major television role before her death, and departed in 2017, when she dramatically revealed one of the story’s best kept secrets.

Next year, a horror film called Last Night In Soho will open, starring Rigg alongside Matt Smith, and a TV mini-series called Black Narcissus, based on a novel of the same name, will also hit screens, marking some of the last work that Rigg took part in.