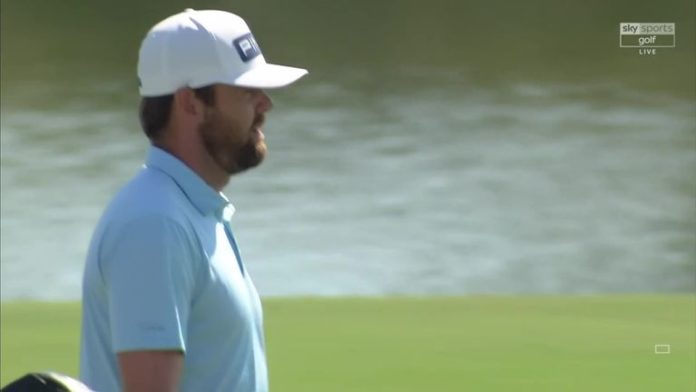 Liam Johnston threatened to card only the second ’59 round’ in European Tour history on his way to moving top of the leaderboard at the Portugal Masters.

The Scot fired an opening-round 61 on a low-scoring day at the Dom Pedro Victoria Golf Course to hold a one-shot advantage, after coming close to matching Oliver Fisher’s record low from two years earlier.

Johnston needed an eagle-birdie finish in Villamoura for a sub-60 round, only to birdie the 17th and par the last to close out the lowest round of his European Tour career and stay at 10 under.

“With the rough out there, it’s nice to keep the bogeys off the card,” Johnston said. “I saved well when I needed to and I holed a lot of good putts out there. I’m delighted with the 10 birdies.”

Johnston followed an opening-hole birdie with three straight gains from the fourth on his way to reaching the turn in 31, before following a birdie at the 10th with a tap-in at the par-five 12th.

After holing an 18-footer at the 13th and squandering a 12-foot try at the next, Johnston got up and down from the rough at the 15th and drained a 20-footer at the par-three 16th to get to nine under.

Johnston left his eagle try a couple of feet short at the par-five 17th after just clearing the water with his approach, leaving him needing to hole his second shot at the last for a sub-60 round, with the world No 631 closing his blemish-free card by holing a four-footer to save par at the 18th.

Julien Guerrier is a shot back in second after four straight birdies from the 14th helped him to a nine-under 62, with England’s Laurie Canter three shots off the pace in third after a bogey-free 64.

Five birdies in the last seven holes took Jonathan Caldwell to a six-under 65 and fourth spot, with Thorbjorn Olesen in the group five off the pace after finishing his opening-round 66 with back-to-back bogeys.

Paul Waring, one of the players making the trip to Winged Foot next week for the US Open, started with a four-under 67, while Tommy Fleetwood – the highest-ranked player in the field – bogeyed the last to post a three-under 68.

Watch the Portugal Masters throughout the week live on Sky Sports. Live coverage continues on Friday from 11pm and 2pm on Sky Sports Golf.