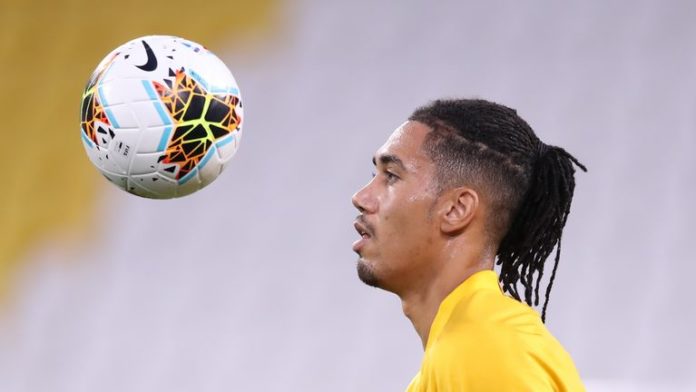 Chris Smalling has returned to Manchester United training but is working away from the first-team set-up, with negotiations ongoing over a proposed return to Roma.

The 30-year-old central defender spent last season on loan at Roma and made 37 appearances in all competitions as the club finished fifth in Serie A.

Smalling was deemed surplus to requirements by Ole Gunnar Solskjaer last summer after the club signed Harry Maguire for £80m, and with Victor Lindelof and Eric Bailly also in the squad’s defensive ranks.

Smalling has two years left on his contract at Old Trafford, but United are understood to be willing to sell for around £20m.

The England international, who was the subject of interest from Newcastle earlier this summer, has made over 300 appearances for United since signing from Fulham in 2010.