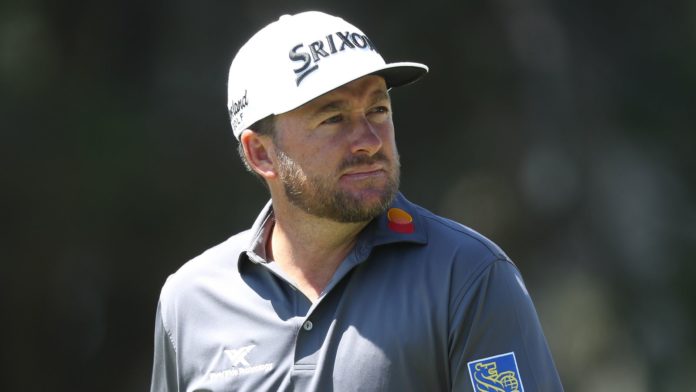 Graeme McDowell has confirmed he will miss the Dubai Duty Free Irish Open for the first time since 2001 to defend his Corales Punta Cana Resort and Club Championship title.

McDowell was due to host the next two editions of the event, only for the 2020 contest to be postponed on its original May date and lose its Rolex Series status due to the coronavirus pandemic.

The tournament was moved from the Republic of Ireland to Northern Ireland due to global travel restrictions, with the event rescheduled for September 24-27 to fill the week vacated by the Ryder Cup’s postponement.

The new date clashes with the rearranged Corales Punta Cana Resort and Club Championship, where McDowell claimed a one-shot win in 2019, with the 41-year-old returning to the Dominican Republic later this month instead of competing on home soil at Galgorm Castle.

In a statement released on Instagram, McDowell said: “I have made the very difficult decision to not travel and compete in this year’s DDF Irish Open at Galgorm Castle.

“I have never failed to attend this great event in 18 previous years and regret that due to the necessary changes made to the event, travel and scheduling issues, I am choosing to not play this year.

“I will be competing that same week at the Corales Punta Cana Resort and Club Championship, defending the title I won in 2019. Defending a title is something special and an honour I have tried to take seriously all my career.

“Under normal circumstances defending this event would not take priority over playing my home Open, but the unprecedented circumstances makes this a better option for me at this time.

“I want to apologise to Dubai Duty Free and take an opportunity to again thank them for the wonderful commitment they have made to putting the Irish Open back on the map. We will hopefully be back in 2021, with the event at full strength, surrounded by the great Irish fans, assuming we can put the issues caused by COVID behind us.”

Rory McIlroy and defending champion Jon Rahm are among the other players to confirm they won’t be travel back to play the tournament, which takes place the week after the US Open, although reigning Open champion Shane Lowry has committed to the event.