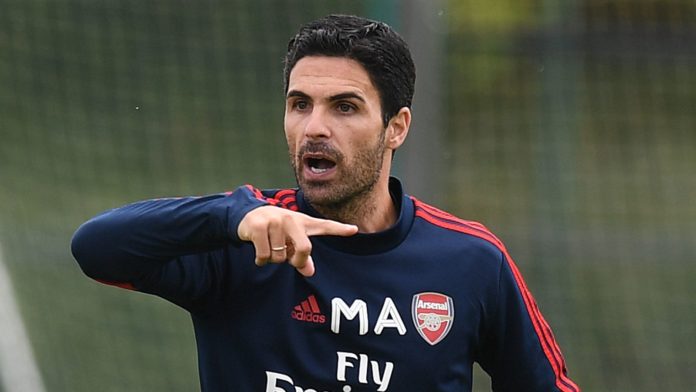 New chief executive Vinai Venkatesham: “That’s recognition of what he’s been doing from the day he walked in the door, but also where we see his capabilities”

Mikel Arteta’s job title at Arsenal has been changed from head coach to first-team manager as part of a restructuring that reflects his growing standing at the club.

Arteta succeeded fellow Spaniard Unai Emery at Arsenal last December and went on to lead the Gunners to FA Cup success, which earned the club qualification for this season’s Europa League.

Arsenal introduced the title of head coach after Arsene Wenger’s 22-year spell as manager came to an end in 2018.

A structural shake-up at the club this summer, which included redundancies of non-playing staff, the departure of head of football Raul Sanllehi and a number of long-serving scouts, has also seen Vinai Venkatesham named chief executive.

Arteta will work closely with technical director Edu moving forward, according to Venkatesham, who praised the former Arsenal captain’s influence during a testing period for the club.

“The last nine months have probably been the most challenging nine months in Arsenal’s history – and we’ve been around for 134 years. Despite all of those challenges, Mikel has been driving this football club forward,” Venkatesham, who was previously managing director, told Arsenal Digital.

“He has lifted the spirits and lifted the energy here at London Colney and with Arsenal fans all across the world. He is doing an absolutely phenomenal job.

“The other thing that’s clear is that right from the day he walked through the door, he was doing much more than being our head coach. So we’re going to be changing his job title going forward.

“He’ll move from head coach to be the first-team manager. That’s recognition of what he’s been doing from the day he walked in the door, but also where we see his capabilities.”