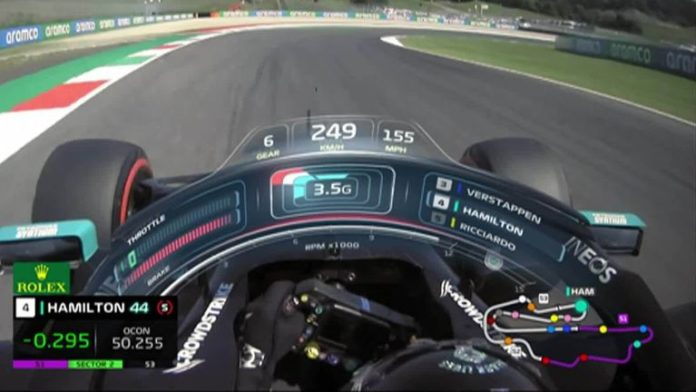 F1’s 2020 cars hit the fast and picturesque Mugello for the first time; Ferrari make much-improved start on their own track on the first day of the team’s 1000th GP weekend

Formula 1 made its eagerly-anticipated debut around the fast and demanding Mugello track as Valtteri Bottas topped the first practice at the inaugural Tuscan GP.

The first of several new or returning tracks added to the revised 2020 season, the picturesque Mugello circuit, which is owned by Ferrari, has only previously staged ad-hoc F1 test sessions with the venue more associated with bike racing.

Although many drivers have some experience of the 5.2km circuit from testing or junior series, Friday morning was their first true experience of driving the 2020-spec F1 cars – the fastest in the sport’s history – around the quick, flowing lap.

And, for the fifth consecutive race weekend, it was Bottas who topped the opening session with a best time from the Mercedes man of 1:17.879.

But Mercedes were by no means dominant early on in Tuscany.

Max Verstappen was less than a tenth back on Bottas for Red Bull, while Charles Leclerc was surprisingly only 0.3s adrift for Ferrari.

The Italian team head into their 1000th Grand Prix at their own track on the back of two absolutely torrid weekends at Spa and Monza, when they were almost-completely absent from the top 10 in all sessions and failed to score any points.

So Leclerc’s P1 performance here was certainly more encouraging in a SF1000 car that is running in retro burgundy livery this weekend as a nod to Ferrari’s F1 debut in 1950.

Lewis Hamilton, the 47-point world championship leader, was fourth in the opening session ahead of last week’s surprise first-time winner Pierre Gasly, as the Frenchman and AlphaTauri made another strong start here.

Meanwhile, Sebastian Vettel was outside the top 10 in the second Ferrari as the four-time world champion got back down to work with his current team after his move to his next one, Racing Point, was announced on Thursday.

Sergio Perez, who Vettel is replacing, and Lance Stroll were towards the bottom of the P1 timesheets with the team focusing on heavier fuel race-sim work to kick off their weekend.

Williams’ Nicholas Latifi, meanwhile, was the session’s only spinner.