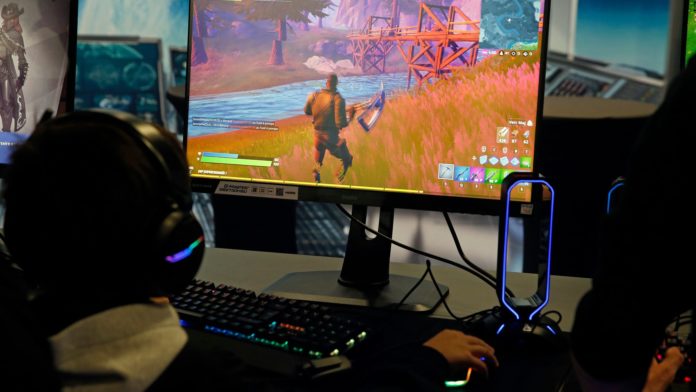 Celebrity video game streamer Ninja has returned to Twitch, the platform owned by Amazon, little more than a year after his high-profile move to Microsoft’s rival service Mixer.

Ninja, also known as Tyler Blevins, had signed an exclusivity deal with Mixer last year after amassing more than 14.5 million followers on Twitch – but Microsoft announced in June that its live-streaming service would close down.

Mr Blevins, who has dyed-blue hair, has earned millions of dollars by playing Fortnite, courtesy of sponsorship deals as well as revenue from the millions of viewers who watch his videos on Twitch and YouTube.

In a short promotional video he posted on Twitter, appearing to show him without dyed hair, the American star announced his return to Twitch.

The gamer was reportedly offered up to $30m (£23m) to make the move from Mixer to Twitch. It is not clear how much he has earned in a new exclusivity deal.

In a statement, Mr Blevins said: “In this next chapter, I’m going to make it a point to elevate and bring more eyes to underrepresented creators.

“I am looking forward to working with Twitch to demonstrate how this amazing community of gamers can make a meaningful impact.”

The move marks both the enormous revenues which online influencers can generate for platforms they share content on, as well as the oddities of how competition functions between online platforms.

Microsoft said it was not going to throw “good money after bad” when it shut Mixer which failed to take off despite the general growth across the gaming sector during the coronavirus pandemic.

Twitch remains the dominant platform for games streaming, despite attempts at rivalling it using services available through YouTube and Facebook.

Across the video games industry, sales sharply rose by 26% in June, according to research firm NPD, to a record $1.2bn (£935m) – the highest spend for the month in over a decade.

However, the coronavirus pandemic has proven to be a double-edged sword for the games industry.

Despite the potential availability of more players due to people staying at home because of COVID-19 social distancing measures, remote working and a looming recession are bringing significant challenges.

The industry’s headline events, including the E3 games exhibition in Las Vegas, have also been cancelled leaving development studios without a major platform to debut new titles.

Even though the industry’s work is almost all digital, the collaborative nature of development is hampering productivity due to remote working.

Smaller studios often commissioned to build tailored games are finding these commissions are drying up – while for medium-sized firms, venture capital finance is becoming completely inaccessible, Sky News was told at the beginning of the summer.

Mobile games developers which are dependent on advertising revenues are finding themselves hit by the economic downturn.

Despite an increase in players, businesses are simply cutting back on their advertising spend.