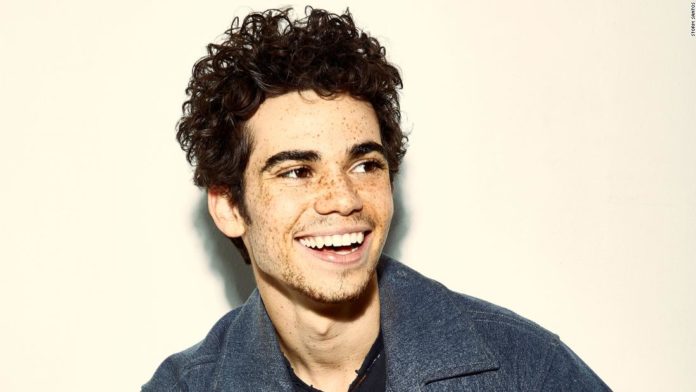 Today, Cameron’s parents Victor and Libby Boyce are on a mission to cure epilepsy and eliminate Sudden Unexpected Death in Epilepsy or SUDEP, which is blamed for Cameron’s death. They founded The Cameron Boyce Foundation shortly after as a reaction to their loss.
Speaking with CNN, Victor explained that Cameron had not suffered many seizures before the one that took his life, “he kept that to himself, and he managed that, he never let epilepsy define him.”
Instead, Cameron focused his activism on other causes, including fighting against gun violence, providing clean water and ending homelessness.
When it came to understanding epilepsy, Libby explained to CNN, “we didn’t learn that much about it when Cameron was alive because it impacted his life so little.” She pointed to a statistic from the Epilepsy Foundation that found 1 in 26 people in the US will develop symptoms of epilepsy during their lives and said that one of the foundation’s goals is to “pull epilepsy out of the darkness … and have it be discussed and researched more.”
The Cameron Boyce Foundation is raising money and partnering with agencies to fund epilepsy research. They are also working to raise awareness that epilepsy can be fatal. SUDEP has few warning signs; Libby explained that they don’t want to scare people. Instead, their goal is to “make clear that if you have epilepsy, learn as much as you can and advocate as much as you can with your physicians.”
Cameron’s co-stars are joining the cause. Adam Sandler, Salma Hayek, Karan Brar, Dove Cameron and Sophie Reynolds are just some of the celebrities who joined the foundation’s advisory board.
Brar and Reynolds are heading up an initiative for the foundation that builds on a social media campaign that Cameron started. Wielding Peace features photos of celebrities, gun violence survivors and supporters “wielding” objects like books, musical instruments and art supplies rather than guns. The goal is to encourage young people to choose peace instead of violence through creativity.
Libby explained that Cameron saw the arts as a tool to reduce gun violence. “if you had creative outlets, [young people] would probably be more positive and less likely to rely on violence as a mode of communication.”
The Covid-19 pandemic is not stopping the Cameron Boyce Foundation from funding the arts. They recently partnered with Inner-City Arts, a Los Angeles arts education organization. Instead of funding an in-person photography class, they held it virtually, teaching 15 students the mechanics of taking pictures and helping them better understand their subject matter. Libby said they were so pleased with the class that they intend to build on the partnership.
When the pandemic stopped TV and film production, the foundation made a donation in Cameron’s name to the Actors Fund. Victor explained they made sure the money would not just benefit Cameron’s fellow actors, but also the people behind the camera. “Cameron was always looking out for them because they are super important and you know they don’t get enough accolades. They don’t. They don’t get enough credit for what they do.”
Activism runs in the Boyce family. Cameron’s grandmother is Jo Ann Boyce, a civil rights pioneer and a member of the Clinton 12. They were the first Black students to integrate the high school in Clinton, Tennessee in 1956.
Victor discussed the impact his mother’s actions had on Cameron. “You could just tell that Cameron was immersed in the history and just amazed at what my mom had to go through, as well as everybody else who was Black in the South … It impacted him greatly, and I think it clicked something in his brain that this is just not acceptable. This is just not something you can sit idly by and just say, ‘Hey whatever.’ That’s why I think he was passionate about not only [nonviolence] but just activism in general.”
While Victor and Libby are using donations to the foundation to keep Cameron’s legacy alive, Victor wants people to know those who do not have money to spare can honor him by just being kind to one another. “Cameron will be very proud of everybody that’s helping and trying to make a difference in the world because that’s what he was trying to do.”