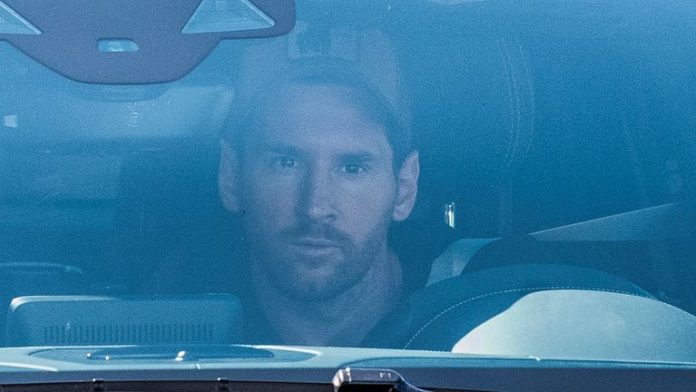 Barcelona head coach Ronald Koeman is excited at the prospect of having a fully-fit Lionel Messi for his first season in charge.

Messi recently returned to training with Barcelona for the first time since the fallout with the club over his future – and links to Manchester City – seen training away from the main group along with Philippe Coutinho.

The 33-year-old last month informed Barcelona he wanted to depart this summer and intended to utilise a clause in his contract which he and his representatives claimed allowed him to do so on a free transfer.

Barca insisted the time had passed for the clause to be activated and that the player would need to pay the €700m release clause in his contract if another club wanted to sign him this summer.

Messi subsequently revealed in an interview that he had reversed his decision, saying he could never go to court against the club to secure a move.

Speaking after Messi returned to training, boss Koeman said: “I’ve have said many times that Messi in form and in physical shape is such an important player.

“He has demonstrated that for many years and we hope that he can repeat that this season.”

Tuesday August 25 – Messi sends Barcelona an official document informing the club of his desire to leave and activate the ‘get-out’ clause in his contract that would see him leave for free.

Wednesday August 26 – Barcelona sporting director Ramon Planes says the club are “aiming to build the team around Messi” and want him to stay.

Friday August 28 – Messi requests a personal meeting with the Barcelona hierarchy and his lawyers to discuss a solution to his transfer request. He is spotted leaving a restaurant in Barcelona after a dinner with close friend Luis Suarez, also on his way out of the club.

Sunday August 30 – Messi does not turn up for Barcelona’s pre-season coronavirus testing. La Liga release a statement backing Barcelona’s stance on the dispute over his contract, stating he will only leave if his €700m release clause is paid in full.

Wednesday September 2 – Messi’s father and agent Jorge flies into Barcelona from Rosario in Argentina for crunch talks with Barcelona president Josep Maria Bartomeu and the board. He says it is “difficult” for his son to stay at the club.

Thursday September 3 – Talks between Jorge Messi and Bartomeu carry on into a second day.

Friday September 4 – Messi’s father insists the 700m Euro release clause is “not applicable at all” and releases a statement opposing La Liga’s verdict on the situation.

Friday September 4 Messi confirms he will remain with Barcelona for next season following talks with Bartomeu.

When asked about Barca’s training levels in general ahead of the new season, Koeman added: “Very positive.

“We’ve been here two weeks and I think the players have been working very well with a very good intensity in the training in the first and second week in the physical side and now we are doing more tactical things.

“But above all in all the sessions the players have such a lot of encouragement and interest and intensity and this is the most important thing because for me as a trainer for the way we play. It’s very important so I’m happy with the work that the team have done in the two weeks.”

Sky Sports News’ Dharmesh Sheth on Messi’s decision to stay: “It strikes me as one of the uneasiest truces you could come to. I don’t think either party can claim victory. The courts would have been the only way through this but Messi did not want to go to court with ‘the club of his life’.

“A court case would never have concluded before the transfer window closed so we would have ended up on the position we are now: no move for Messi and no money for Barcelona.

“The very first moment he scores a goal and plays as well as he can, I think Barcelona fans could forgive him,” Montero told Sky Sports News.

“If you ask Barcelona fans about Lionel Messi and Josep Maria Bartomeu, I would say 95 per cent would be with Messi and not Bartomeu and his board members.

“I think that it will be easier for Messi to stay if Bartomeu is out. That relationship is impossible to fix, so if Bartomeu leaves after the elections and there is a new president, the possibility could increase.”