Home Culture Spitting Image back with 100 new puppets including Charles, Camilla and Michael... 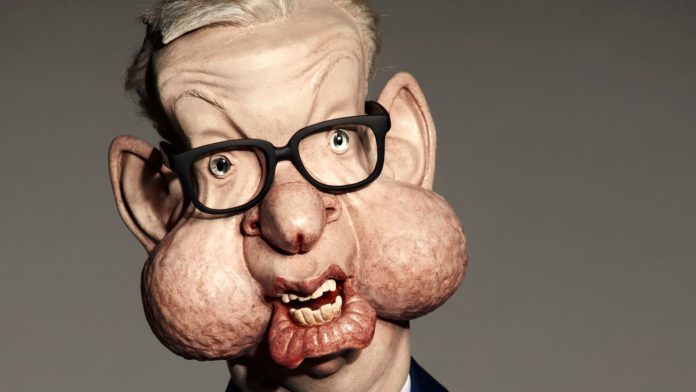 Prince Charles, the Duchess of Cornwall and Michael Gove are among more than 100 new puppets that will appear on satirical TV show Spitting Image.

Creators have promised a Who’s Who of famous faces in puppet form, such as the Queen, Kim Kardashian and even a “Boris Baby”.

The programme, which was watched by 15 million viewers in its heyday, will return on 3 October with a 10-week series on BritBox.

New images of a grinning Prince of Wales with Camilla have been released before the show returns.

Cabinet Office minister Michael Gove appears with puffed-out cheeks, while Foreign Secretary Dominic Raab is shown karate-kicking in a nod to his black belt past.

Producers previously unveiled images of Boris Johnson, his chief adviser Dominic Cummings and the Duke of York ahead of the show’s return.

Spitting Image co-creator Roger Law is back on board for the series.

He said: “Everything the team have done on the new Spitting Image shows – the caricatures, puppets and satirical gags – have all been done in the public interest, as Boris might say: ‘Pro bono publico’.”

“It’s time to come off furlough!” he said of the show’s return.

“The people have spoken and the puppets are ‘oven ready’.

“We’re going to take back control from the likes of Boris, Cummings, Trump, Kim Kardashian and Kanye West.

“There will be tongue-lashings from our weather girl, Greta Thunberg, you’ll be knocked out by Tyson Fury and dazzled and amazed by Beyonce and Herr Jurgen Klopp.”

Previous incarnations of the show famously featured Margaret Thatcher in a man’s suit treating her cabinet – “the vegetables” – with contempt.

It also featured John Major as a grey puppet, and the Queen Mother slugging from a gin bottle.

Ed Sheeran, Sir Elton John, Gwyneth Paltrow, Harry Styles and the Duchess of Sussex are among the other names who will feature in puppet form.

Jeff Westbrook, whose credits include The Simpsons and Futurama, is leading the new writing team.

Producers said scripts are being penned and new puppets made as close to each episode as possible.